DA MOLTO LONTANO
by Roberto Costantini
After a distinguished career of nearly forty years in the police force, Michele Balistreri has retired. His eventful past, painful to recall, has left its scars on both body and mind, and even the inspector’s memory is beginning to go. That said, he knows there’s one last case to crack. And it’s a cold case, from the inspector’s own past, that dates back to the summer of 1990, when the son of a powerful Roman businessman disappeared during the all the excitement of the World Cup being held in the Eternal City. Balistreri had been sent to investigate and had been none too pleased at the idea of tracking down the bourgeois heir to a real estate empire, playing the rebel. But the discovery of the hideously mutilated body of the young man alongside that of a girl who’d been in the sights of an underworld kingpin, changed everything. Balistreri was caught in the crossfire of a conflict with consequences so dire that he couldn’t solve the case. Nearly thirty years later, the past comes back with a vengeance: at the home of the boy victim’s father, two mannequins are found, which actually reproduce the scene of the crime that far-off night. One thing is sure: Balistreri has to help his historic sidekick Graziano Corvu, now chief inspector himself, to shed light on the whole affair, in what might well be Balistreri’s final case.
Download
Condividi su 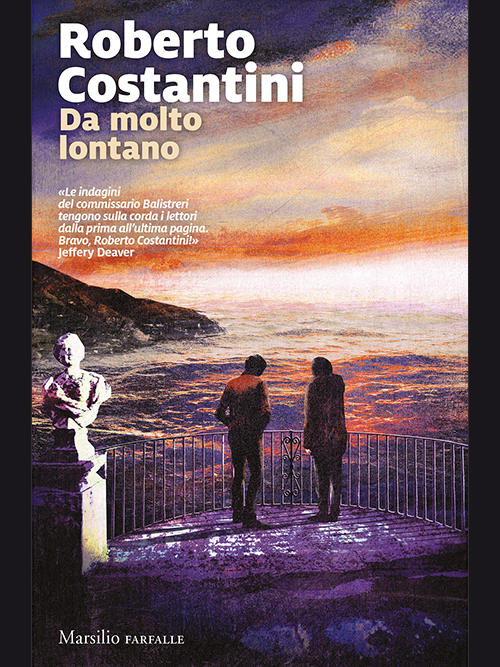