IL FABBRICANTE DI STORIE. VITA DI GIORGIO SCERBANENCO
by Cecilia Scerbanenco
A genuine storyteller, indefatigable, and in the same league as Georges Simenon, as critic Oreste del Buono remarked, Giorgio Scerbanenco came out of a distant land: that Tsarist Russia he departed from as an infant and which he would never shake altogether, since it lived on in his surname, and that surname became the trademark of this undisputed master of the Italian noir. Scerbanenco’s life, reconstructed for this book in this biography by his daughter Cecilia, who drew on an abundant store of papers from the family archives, moves at the same pace as his own narrative style: tireless, multiform, razor-sharp in its investigation of the nuances of the human heart, and always ironic. It’s a writing style that catered to Scerbanenco’s readers, first at the newspapers and magazines to which he contributed starting in the 1930s, after getting his foot in the door thanks to Cesare Zavattini, who had seen the talent in the young man pounding away at the typewriter. In the 1960s, success finally came on the literary front, with Scerbanenco’s series of novels featuring Duca Lamberti, which brought him international acclaim. Now, after a life spent behind the scenes, writing under pseudonyms, Scerbanenco received the recognition he deserved. The author of A Private Venus and Milano calibro 9 relives in these pages, which survey his versatile writing career, from mysteries to love stories, for radio and film, and reveal a private life seen here fully for the first time, as unsettling and full of plot twists as any number of his novels.
Download
Condividi su 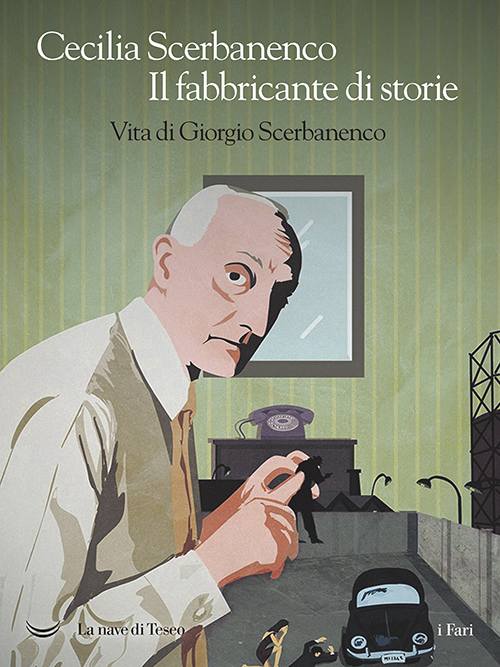