BLACK IS BELTZA
by Fermín Muguruza
Spain, 2018, 80’, color, DCP
screenplay
Fermín Muguruza
Harkaitz Cano
Eduard Sola
art director
Beńat Beitia
animation director
Ińigo Berasategi
character creation
Josep Homs
music
Raül Refree
Fermín Muguruza
extras design
Pepe Boada
prop design
Mikel Antero
storyboard
Kepa de Orbe
illustrations
Mariona Omedes
Karin du Kroo
digital composition
Dani Azpitarte
User T38
backgrounds
Ińaki Holgado
voices
Unax Ugalde [Manex]
Isaach De Bankolé [Wilson Clever]
Iseo [Amanda Tamayo]
Sergi López [Warren Phillips]
Ramon Agirre [Xebero]
Jorge Perugorria [Sargento Bravo]
Angelo Moore [Rudy]
Maria De Medeiros [Amira]
Emma Suarez [Laia]
Oscar Jaenada [Che Guevara]
Rossy De Palma [Ruth Abransom]
executive producers
Oriol Marcos
Fermín Muguruza
productions
Black is Beltza AIE
Talka Records&Films
Setmagic
Elkar
world sales
Film Factory Entertainment
contact
October 1965. Pamplona’s troupe of giant figures, a typical sight at the San Fermín festivities, is invited to parade along Fifth Avenue in New York. But not all of them will be allowed to appear: due to racial discrimination, the American authorities will ban the participation of the two black giants. Based on this true event, Black Is Beltza tells the story of Manex, the young man responsible for carrying one of the giants. Embarked on a long, unexpected journey, Manex will witness key events in history: the race riots arising from the assassination of Malcolm X, the eccentricities of the characters in The Factory, the alliance between the Cuban secret service and the Black Panthers, and the proto-hippy psychedelia of the first music festivals.
"I have known ever since I saw the photo taken in New York in 1965 depicting the troupe of giants of Pamplona, a typical image in the San Fermin festival, parading down New York’s 5th Avenue, and the caption stating that due to the situation of racial discrimination, the two black giants had been barred from participating in the parade, that there was a story to be had there. Afterwards, during one of my visits to Cuba, I savoured the story of a secret mission, one of many told by one of its protagonists about how they had to carry out the secret services of the Cuban Intelligence Division at the end of the 1960s at the height of the cold war. It was an undercover operation to assist one of the movements which the Cuban revolution sympathised with and supported: The Black Panthers of the United States. […] An intriguing story combining fiction with reality; one that speaks of espionage, revolution and love and hovering over everything was Vietnam, the 6-Day War, the Kgb, the Cia, Mossad, the guerrillas in Bolivia, the liberation movements across the world, psychedelic drugs, sexual liberation and the revolution of orgasm, and above all, the music of Otis Redding: Respect."
Fermín Muguruza (Irun, 1963) in the early 80s founded one of the most influential groups on the Basque music scene: Kortatu. At the end of the 80s, Fermín began a new stage, combining his work as radio presenter, editing the music program Igo Bolumena (Turn Up the Volume) on the now vanished Radio Egin, with creating his new band Negu Gorriak and concerts in Europe and America. In parallel, he created the label Esan Ozenki, which published his records and helped a large number of emerging bands. After 6 records, the group broke up and Fermín began a solo career filled with collaborations and incursions into various music styles such as reggae, funk, jazz and electronic. In 2003, he did the Jai Alai Katumbi Express world tour with Manu Chao. In 2006, he directed his first documentary Bass-que Culture, which showed the process of making the record in the Marley family’s studios. In 2008 he directed the documentary Checkpoint Rock: Songs from Palestine, which became one of the notable titles at the 2009 San Sebastián Film Festival. During 2010 he directed the documentary series Next Music Station for the Al Jazeera Documentary Channel. Between 2011 and 2012, with Eider Rodríguez, he wrote, directed and produced the film Zuloak (Holes) presented in 2012 at the San Sebastián International Film Festival in the Zabaltegí section. In 2014, he published a graphic novel, co-written with the author Harkaitz Cano and with illustrations by Jorge Alderete, called Black Is Beltza, which also became an exhibition in the Alhóndiga in Bilbao, visited by some 13,000 people in 2 months. 2016 was the year of the project Nola? Irun meets New Orleans, a work consisting of 10 themes from his extensive musical career with a New Orleans flavor and a documentary that gives a voice to the musicians who participated in the recording of the record so that they can talk about the situation in the city 10 years after Katrina.
2018 Black Is Beltza
2015 Nola? (doc)
2012 Zuloak (Holes, doc)
2009 Checkpoint rock: Canciones desde Palestina (Checkpoint Rock. Songs from Palestine, doc)
Download 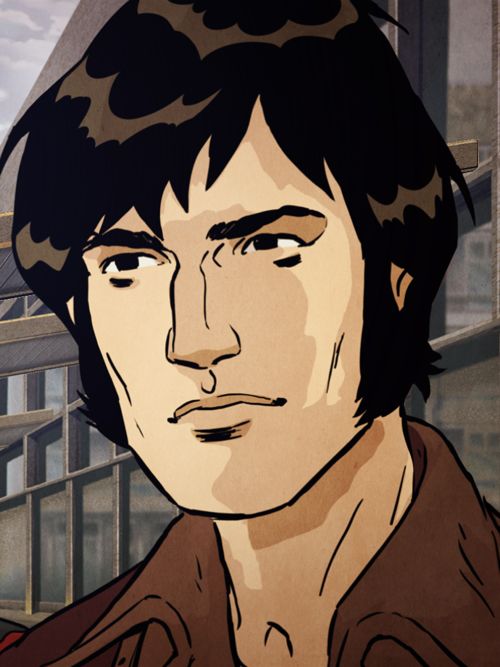