The polar, a multi-form genre 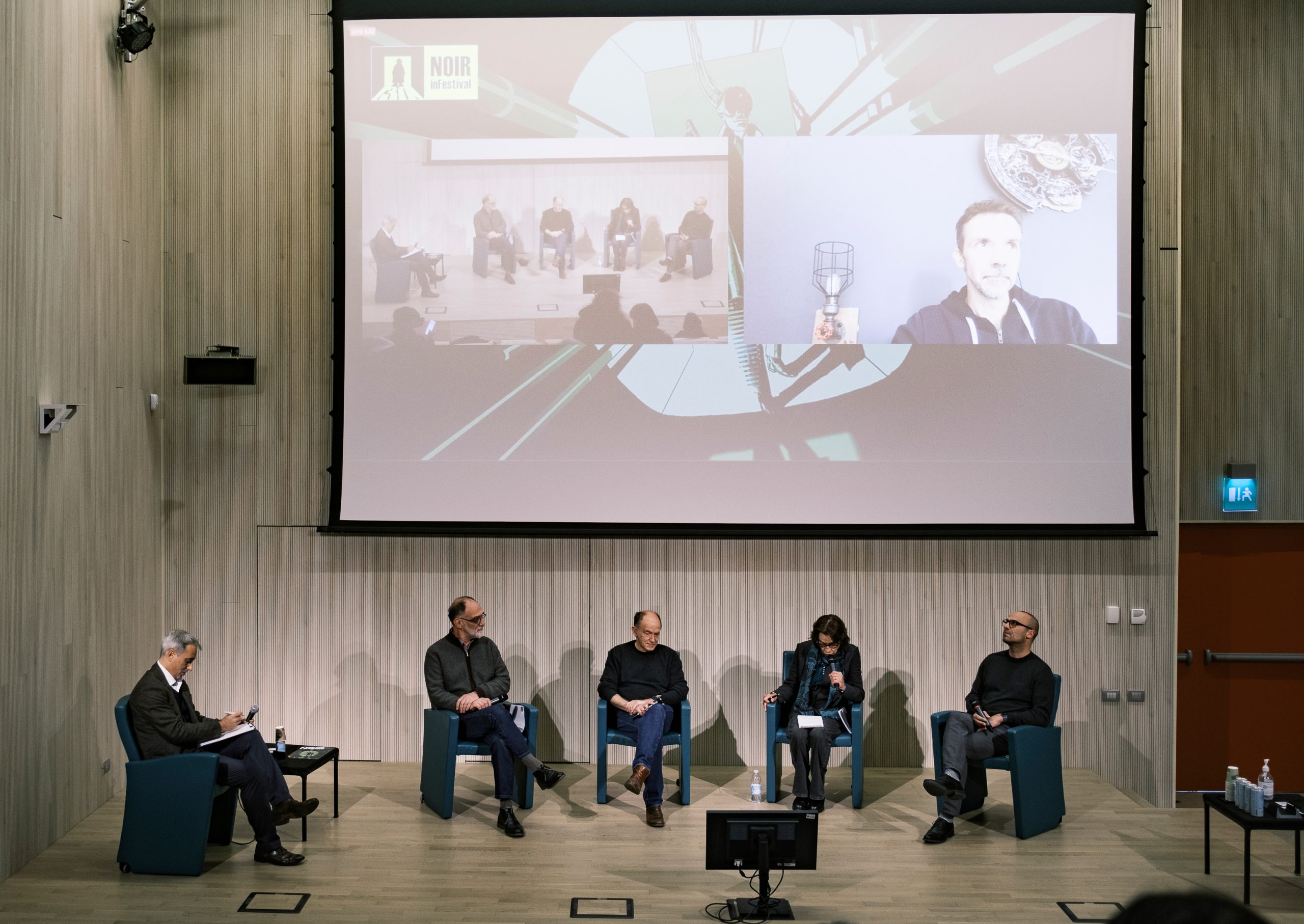 That familiar blue, white and red flag was flying at Noir in Festival’s various locations in Milan. Proof of the vitality of the French arts scene was very much in evidence this year, what with the Raymond Chandler Award going to Guillaume Musso; three book presentations of the Italian editions of novels by Franck Thilliez (Il était deux fois), Hervé Le Corre (Dans l’ombre du brasier), and Jérôme Loubry (Les refuges); and the French films in the International Competition: Earwig (a co-production with the UK and Belgium), by Lucile Hadzihalilovic; Inexorable (a French-Belgian co-production), by Fabrice Du Welz; and Vanishing (a co-production with South Korea), by Denis Dercourt. Not to mention one of the contenders for the Caligari Prize, the French-Italian co-production The Land of the Sons, by Claudio Cupellini.

So it was entirely fitting to take a look at the broader phenomenon of the polar, that genre than runs parallel to the American noir and the Italian giallo, or mystery novel. The aforementioned trio of Gallic authors – Hervé Le Corre, Jérôme Loubry, and Franck Thilliez – rose to the challenge, during a talk moderated by Sebastiano Triulzi and joined by the director of the Festival Polars du Sud de Toulouse, Jean-Paul Vormus. The aim was to (re)define the vibrancy of a genre that serves as a model but also an umbrella term for a variety of artistic experiences.

“Under the heading polar you will find many different genres,” explained Vormus, “such as the crime novel, the noir, and the thriller. Then you have several sub-categories, like the polar set in the country, or the one that is a historical reconstruction. The crime novel is even said to go back to Edgar Allan Poe. Over time, the genre has been modernized; it’s moved closer to readers’ real lives, while it was once much more detached. The American noir novel emerged in the 1920s, with Dashiell Hammett. The Depression was around the corner, and the Wall Street Crash: violent, corrupt times. Only after World War II did novels by the likes of Chandler, Thompson, and Hammett himself start getting translated into French. The real breakthrough, though, would come in the late 60s and early 70s, when Jean-Patrick Manchette burst onto the scene. He was considered the father of the polar.”

“As far as the difference between the crime novel and a noir,” Vormus went on, “it’s exceedingly difficult to classify novels and decide whether they are one thing or another. For instance, storytellers like Le Corre pursue an idea when they write. Only afterwards does the book get catalogued, when someone has stick a label on them and put them a shelf in the bookstore. Borges said that writers don’t really talk about genres; they talk about the people who will be reading the books.”

Triulzi wanted to know whether the three authors felt that the polar was a genre that had had its day, a spent force, perhaps inevitably so, over time, or whether it was capable of reinventing itself and would endure. “I don’t think for one minute that the polar has aged badly,” replied Thilliez almost instantly. When I think about the French writers, what strikes me is how dynamic the scene really is. They can serve up a polar in all the infinite variations of the genre. Such as the ‘rural’ polar, which takes readers to places totally off the radar; they never make it into the news. A polar will focus on highly topical issues. A crime novel is practically a photograph of what actually happens. Other writers prefer crafting riddles, still others lean to thrillers or else turn out realistic depictions of a police department like the crime lab.”

“First it was the novel set in Marseille,” Loubry broke in. “Now the polars talk about every conceivable topic, from sociology to religion and philosophy. And I have the impression that these novels are quite popular abroad. Years ago now, it was the Nordic writers riding the wave. Today, I sense that it is French genre fiction that is going from strength to strength.”

“I agree with you on how dynamic the genre is,” said Le Corre, joining the debate. “But what I’m more interested in is how very dynamic French literature is in general, above and beyond the polar. As a reader, I do get the feeling that, faced with a society becoming more and more violent by the day – and I don’t just mean crime; I mean the society itself – all of literature gets contaminated by that. And the publishers picked up on this trend when they seized on a storytelling genre that straddles both the so-called “white” fiction and “noir” fiction. Interest in this genre, outposted to this frontier, so to speak, is definitely spreading, and all to the advantage of the novels themselves, in terms of the issues they take on, but also in terms of the different forms those novels can take.”