In search of darkness: Kiyoshi Kurosawa’s forays into different genres 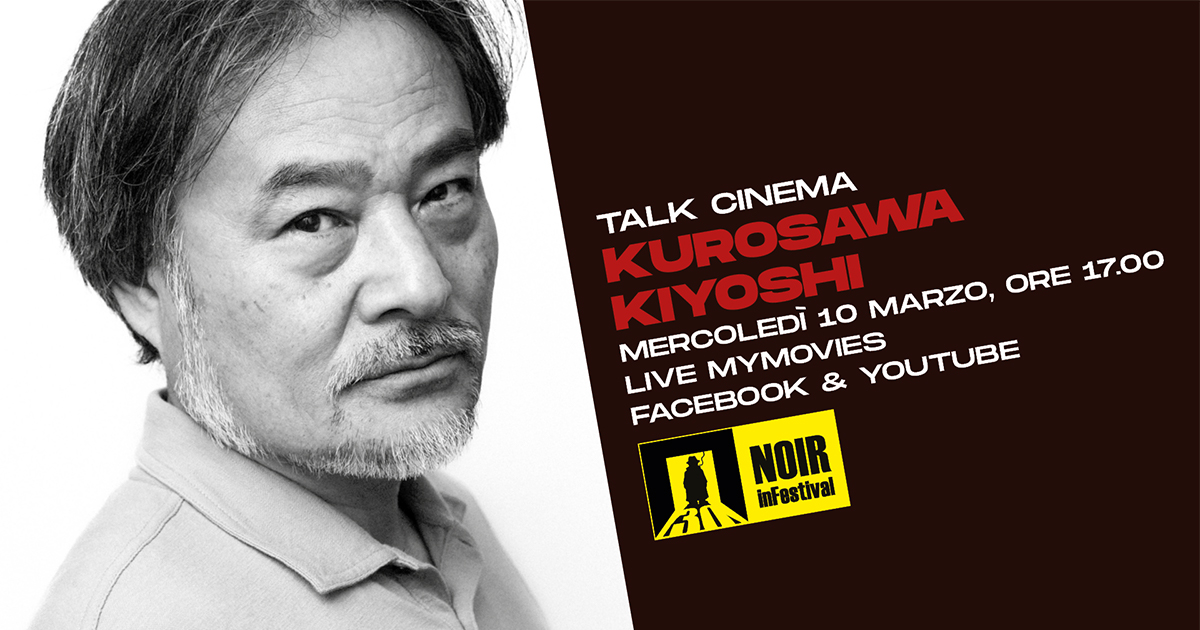 The Japanese filmmaker, interviewed by Raffaele Meale, talked about his life’s work. A unique occasion to hear the words of one of the maestros of contemporary film, honored at Noir with the 2020 Honorary Award.

“In normal times, I would have come to Italy. Sadly, I had to stay home, here in Japan. I’m curious to see where this conversation of ours will lead.” So began Kiyoshi Kurosawa, at the talk about his career in film (the occasion being his receiving the 2020 Honorary Award from Noir in Festival). Thanks to the rapport with Raffaele Meale, the conversation ranged from Kurosawa’s filmmaking and genre films in general to music, his travels beyond Japan, the effects of the pandemic, and the state of the filmmaking art in a country where animation, for example, has won over a large share of the market. Meale, programmer for the Pesaro Festival of New Cinema and critic for the online magazine Quinlan, right off mentioned Wife of a Spy, the film which earned the Japanese director the Silver Lion at Venice last year.

“I had long wanted to tackle the early 1940s in Japan. This is in the thick of the World War, but the film doesn’t take us to the battlefields but to a normal city in war time. It’s reasonable to think that in such a setting, relationships between the individual and society are particularly fraught. And I think there’s a similar tension at work in the present day, in the life of a big city, though it may not come to the surface. Behind the apparent banality of modern life there is always a conflictual relationship between society and individuals. And this is what I wanted to describe symbolically. To flesh out this idea, I had been thinking for some time that this would be the right historical setting  for the story.”

Meale went on to turn the conversation to the different genres Kiyoshi Kurosawa has worked in, ranging from noir and horror to thrillers and science fiction, all film genres that zoom in on the dark zones of our existence.

“In the first place, I love these kinds of films. I started to watch them as a kid and I went on watching them. The Japanese of my generation cut their teeth on monsters, Godzilla and all the rest. They were gloomy movies where cities got destroyed. Going to the cinema meant going into a dark room where you saw people dying and other terrifying events on the big screen. What was fantastic about all of this was the emotions you felt in the face of this stuff. That is how I grew up, and I believe it’s one of the main reasons that prompts me to make this kind of film. There’s another thing, I might add, which I only understood gradually as I shot my films,” Kiyoshi Kurosawa went on. “And that is, as society evolves, it essentially tends to edit out darkness and terror, and this is natural. The result is that today, in a normal city, whatever is mysterious and frightening is relegated to the margins of society until it becomes invisible. It’s virtually obliterated. And while it’s understandable that this can happen in a society, it doesn’t mean that this element has been completely eliminated. If you look more closely, you’ll see that it is still there, somewhere. What we learn is that by spotlighting the terrifying dark underside, we can describe that aspect of society in a surprisingly clear and accurate fashion. If, however, we confine ourselves to the bright facade of society, which is the side we mostly see, we’ll be unaware of the darker, scary flip side. Capturing both of these sides results in a more accurate description of society, a perspective on reality which viewers also appreciate and can accept. I believe this adds depth to what one is trying to express. It’s something I came to understand as I made my films.”

In wrapping up the conversation, Kiyoshi Kurosawa told Meale and the viewers that he doesn’t have a film in the works at the moment. “Personally, considering I’m an old-fashioned, conservative type of person, my biggest influences come from the images I see on the big screen. There are things on the small screen that escape notice, things I can only capture when I’m making my films. The quality of the sound, the visuals, the attention to seemingly unimportant details: I only really get a sense of them on the big screen. Only when I see a film in a theater can I admire a particular solution and often come out with a lot of ideas for my own. I apologize for being such a conservative.” Apologies willingly accepted, if the upshot is the next film.