This year’s winners are Bacurau, Piranhas and The Ruthless
Tonight was the closing night of the 2019 Noir in Festival, which brought the best new works in the genre, from film and literature to TV series, to Como and Milan.
During the closing night event at the Auditorium of IULM University, the international jury comprised of actress Lucia Mascino, the French filmmaker Patricia Mazuy, and the producer and artistic director of the Sofia Film Festival Mira Staleva, bestowed the 2019 Black Panther Award on Bacurau by Kleber Mendonça Filho and Juliano Dornelles, issuing the following statement:
"The Black Panther Award for the best film goes to Bacurau by Kleber Mendonça Filho and Juliano Dornelles, because it is a strong beautiful and impressive film and tells a complex story in a simple way. Although the film plays with genres, every frame is a unique mixture of violence and humour. It makes you laugh, fear and think at the same time. What a treat for the audience!"
The IULM Noir Jury for the Caligari Award, composed of eighty college student cinephiles under the guidance of film critics Paola Jacobbi, Carola Proto, and Giulio Sangiorgio, wrapped up its deliberations this afternoon, deciding to split the honor between La paranza dei bambini (Piranhas) by Claudio Giovannesi and Lo spietato (The Ruthless) by Renato De Maria.
Condividi su 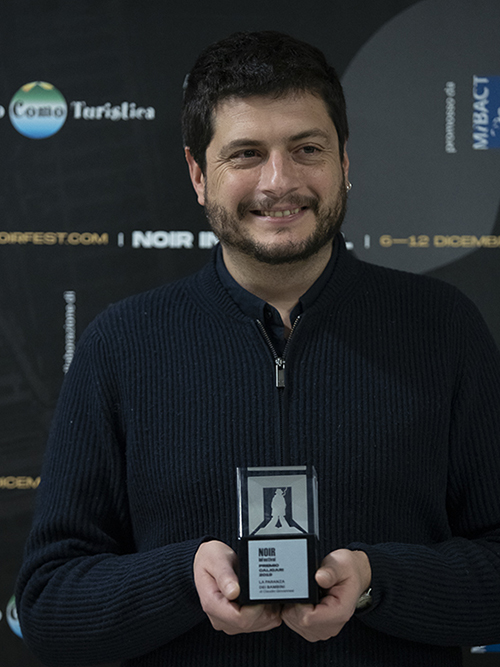