RIONE SERRA VENERDÌ
by Mariolina Venezia
Prosecutor Imma Tataranni is tackling a murder that seems to come out of the past. What if she herself unwittingly played a part in the death of Stella Gallicchio? The investigation plays out in the spectacular setting of the Lucanian Dolomites and the Sassi of Matera, but also in the hidden reaches of her own memory. Matera may be impatient to embrace global tourism, with all its excesses, but its past poverty still haunts the city. Imma encounters heirs to noble families, meer children with terrible secrets, prehistoric caves and ghost towns along her way as she works side by side with Sergeant Calogiuri, who is no longer so very young and malleable, and under her sway; now he rebels when she’s too bossy. He’s a man now, she realizes, and she’s dangerously drawn to him. But what about her loving husband Pietro and teenage daughter Valentina, who acts as though she’s been married to her own boyfriend for forty years? Will the prosecutor give into temptation, yield to her handsome partner on the case, and jeopardize her own family? And is there really a monster lurking in the winding streets of Matera?
Download
Condividi su 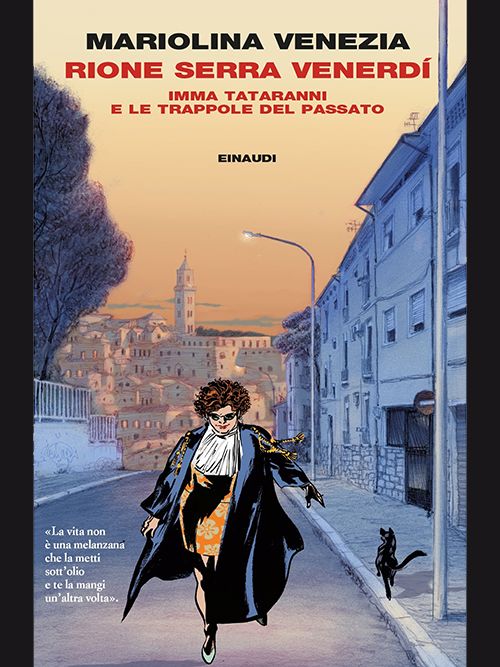