A diary that tells of love, revolution and espionage
by Carmen Diotaiuti, Cinecittà News
The Cold War, the Black Panthers, the counter-culture of the ‘60s, the revolution in Cuba, all packed into an explosive and highly political animated film featuring appearances by key figures of the day like Andy Warhol, Jimi Hendrix, Malcolm X and Che Guevara, lands on the competitive lineup of Noir in Festival to bring home to audiences the vitality of Basque cinema. Black Is Beltza by Fermín Muguruza - a versatile artist and musician who blends ska, punk and reggae - tells an intriguing story, part fact, part fiction, that combines love, sexual freedom, revolution and espionage at a key time in history, the late 1960s, when society and culture underwent myriad transformations.
Inspired by the graphic novel of the same name, co-written by Muguruza and Harkaitz Cano, who is on hand for the premiere of the film at Noir, Black Is Beltza is based on a true story in the news in 1965, the year that the characteristic giant paper-maché figures that parade down the streets of Pamplona during the Festival of San Firmino were sent to New York to strut their stuff on Fifth Avenue. Not all the huge figures were allowed to take part, though: due to racial discrimination, the black giants were banned by the authorities.  From this one news item the film - with its marvelous 2D animation that recalls Waltz with Bashir and channels some of the animated scenes in Kill Bill - invents the story of Manex, one of the young men involved in carrying the giant figures, who is disappointed by his colleagues’ decision to observe the ban, and decides to stay on in New York after the parade and explore the city and its turmoil that so fascinated him.
His stay would prove to be just the start of a startling odyssey of sorts, and also an initiation into a full awareness of the historical forces then at work, as Manex witnessed close-up the key events that sent shock waves through the society of the mid-60s: the race riots in Harlem ahead of Malcolm X’s assassination; the dictatorship of Franco in Madrid; the alliance between Cuba’s secret services and the American Black Panthers, whose movement was among those supported by the Cuban revolution; the protests over the war in Vietnam, the hippies and their first music festivals, fueled by psychedelic drugs; the dirty tricks of the CIA and the KGB, and the master strokes by spies on both sides of the Iron Curtain.
After spending a few years in Cuba, Manex is spent on a secret mission to the United States, to track down a Black Panther who is in danger and bring him back to Havana. This, too, is based on a real story, as the director reveals: "During one of my trips to Cuba I heard about this particular secret mission, one of many the agents involved were now talking about, which revealed how various revolutionary groups and the Cuban secret services worked together in the late 1960s and the Cold War in general. I was told about a bizarre undercover expedition to provide support for one of the revolutionary organizations, the Black Panthers, to rescue an African-American militant. The agents were supposed to enter the U.S. by way of Mexico, make contact with this militant and bring him to Cuba, where he would be given refugee status."
The film’s superb soundtrack underpins all the action and takes audiences back in time and space, featuring the powerful sound of Cuban music; the Velvelettes from the ‘60s, along with the contemporary French rapper Ana Tijoux and Manu Chao; the beat of Peruvian cumbia that can be heard in the music of Sonido Gallo Negro; and The Velvet Underground and Otis Redding, with his iconic Respect.
Condividi su 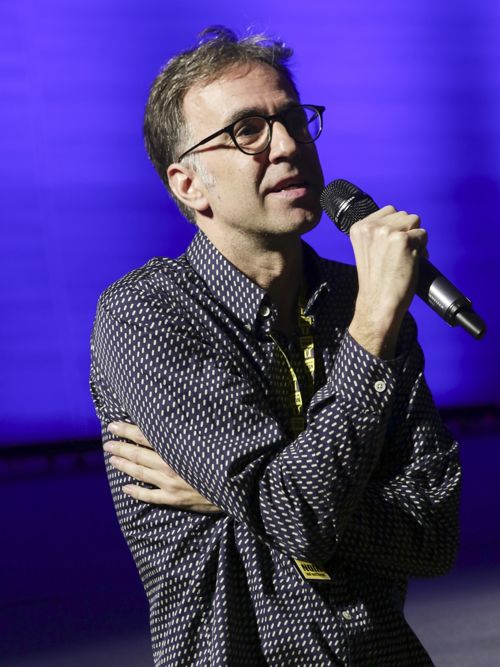