Sergio Stivaletti honored with the Luca Svizzeretto Prize
by Carmen Diotaiuti, Cinecittà News
Spotlight on Sergio Stivaletti on the opening day of the 28th edition of Noir in Festival: the creator of visionary worlds that defy the imagination, and winner of this year’s award named after the late journalist Luca Svizzeretto, held a masterclass on special effects techniques at IULM University in Milan.
A screenwriter and director, but mainly the creator of visual effects who has worked with masters of the noir genre and the unconscious such as Dario Argento and Gabriele Salvatores, Stivaletti took the stage for a talk with the new generation of special effects artists, in the person of Alessandro Sabbioni, supervisor and head of the VFX team at the studio FramebyFrame (which has given us the worlds of Alien, Maleficent and The Invisible Boy, among others). It was a lesson in artisanal craftmanship, which holds its own amidst the state-of-the-art in digital techniques, keeping the allure of the possible and the artistic potential of the open and undefined intact.
Talking about the creative process, Stivaletti stresses that the most important part is the planning phase that starts with the script in hand: "The success of a special effect can be traced to that very moment, and not from the tools you decide to use, realistic or otherwise. There’s a substantial artistic element in this decision, since the creator needs to plan the effect on the basis of the esthetic result he or she wants to achieve," he explains. After all, he reminds his listeners, cinema itself is the very first special effect to end all effects. "Since I started out, I have always tried to come up with the most beautiful thing to try out, fitting the techniques to the situation," Stivaletti reveals - and his are the special effects for films like Phenomena, Demons, and The Stendhal Syndrome.
"Dario Argento and Lamberto Bava saw a potential in me: the potential for a different dialogue than the one with the usual special effects creator, who up to then had been considered as not much more than a make-up artist. My approach has always been far removed from that of a painter, for example. To make a swarm of flies that enters the scene repeatedly until they black out the moon, I realized that I needed to find an optical effect, and I was inspired by the visual effect of ground coffee when it’s thrown into water, and looks exactly like an enormous number of insects moving around."
Stivaletti has never shied away from novelty, to the point of being one of the first in Italy to turn to digital effects, as early as The Stendhal Syndrome. That said, he makes no mystery of a certain fondness for the artisanal approach to his work. "I’m not against digital, which is a marvelous tool; what I really like is mixing real elements with digital techniques. A physical effect has its own aesthetic and randomness, which is something that digital effects, in which everything is controlled, may well lack. At times the best thing is just the occurrence we didn’t want, like a splash of blood that happens to land on the camera. Even though I myself use digital effects today, it was so wonderful when you had to study natural effects and find solutions: invent them, create - using a few small objects - effects that on film suggested other worlds. We had more fun doing that. It was a bigger challenge - and what I like are challenges."
And as to the digital creative process, Alessandro Sabbioni adds that the approach to planning a film has changed completely; the initial idea can evolve in the lab, and the director can alter his own vision up to practically the end of the whole process. Is there anything that can’t be achieved today? Virtually nothing, swears Sabbioni. "Of course, some effects are more difficult to create, like showing the liquid flow of dripping blood, but we can play around with practically anything, produce physical simulations of reality, and even recreate actors on set, perfectly. Perhaps what is missing today is the abstract dimension and the ability to transcend."
"Today digital is used mainly to reproduce reality, but in the beginning it tended to be used to amaze viewers and do something different," Stivaletti concludes. Just don’t ask him to choose between realism and imagination: "All my life I’ve recreated reality; even when I was doing realistic effects I was trying to somehow make reality different, more beautiful. After all, hyper-realism itself is nothing but the transcending of reality, hyperbolic perhaps: something that leads to something else." Which nicely sums up the magic of possible worlds.
Condividi su 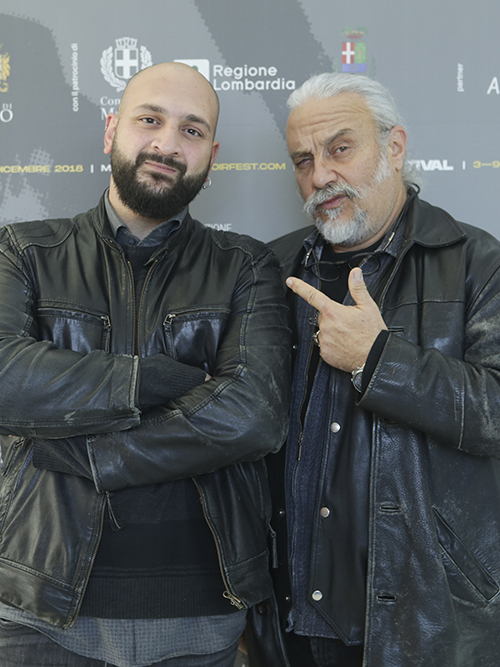