It all happened that night
Tuesday, December 4 at 10:30 am • Sala dei 146 IULM 6
Speakers: Dario Argento, Federico Ercole, Gianfranco Manfredi e Gioacchino Toni
Moderated by: Mazzino Montinari
On April 4, 1968, Martin Luther King was assassinated on the balcony of a Memphis motel, in one of the darkest days for the United States and for humanity, as well, if it is true that one man’s fate is the fate of us all. Hundreds of miles away on the same day, a car was traveling from Pittsburgh to New York. It carried an unknown filmmaker and a friend of his who had helped him make a film that was now in the trunk of the car, complete with opening and end credits. The would-be filmmaker was George A. Romero and his partner in crime was Russell Streiner; they both hoped to sell the film to someone who would get it into a theater. It was a feature film that had all the trappings of a horror movie out to scare and entertain young filmgoers, yet as the miles piled up, the picture took on a host of new meanings: Night of the Living Dead, with that final scene and documentary-style cinematography, suddenly summoned up the bleak reality of the day. The hero of the story Ben, played by the African-American actor Duane Jones, after courageously fighting to the end to save his friends from the hordes of the undead, is killed not by friendly fire but by a posse led by the local sheriff that makes no distinction between zombies and human beings whose skin happens not to be white. Fifty years on, the enduring fascination with zombies obviously can’t be reduced to that specific episode or even the counterculture of the 1960s. What’s significant is that even before the film’s release, it was so penetrating, in all its shifting meanings, able to probe the hidden recesses of the human heart and reveal all the horror within.
For all these reasons, fifty years later everyone’s still talking about Night of the Living Dead and offering fresh interpretations to relate it to our own times. Here at Noir in Festival, we’ve brought together academics, film experts and filmmakers to pay tribute to the infinite visual and cultural legacy of Romero’s zombies, and keep the continuous cross-references between cinema and our own lives in our sights.
Condividi su 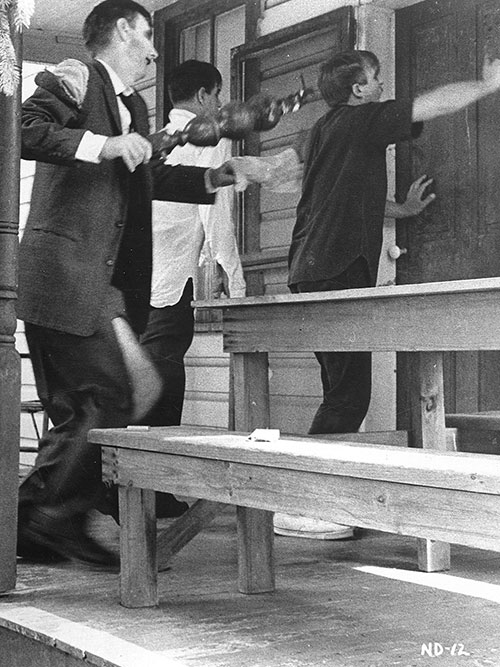