NIGHT OF THE LIVING DEAD
by George A. Romero
United States, 1968, 93’, W/B
screenplay
John Russo
George A. Romero
cinematography
Joseph Unitas
George A. Romero
editing
George A. Romero
John Russo
sound
Gary R. Streiner
Marshall Booth
production design
Charles O'Dato
cast
Duane Jones [Ben]
Judith O’Dea [Barbra]
Karl Hardman [Harry Cooper]
Marilyn Eastman [Helen Cooper]
Keith Wayne [Tom]
Russell Streiner [Johnny]
Kyra Schon [Karen Cooper]
Judith Ridley [Judy]
Mark Ricci [Washington scientist]
George Kosana [Sheriff McClelland]
Charles Craig [newscaster]
Frank Doak [scientist]
producers
Russell W. Streiner
Karl Hardman
productions
Image Ten
Barbra and Johnny visit their father's grave in a remote cemetery when they are suddenly set upon by zombies. Barbra manages to get away and takes refuge in what seems to be an abandoned farm house. She is soon joined by Ben who stopped at the house in need of gas. Beset by the walking dead all around them Ben does his best to secure the doors and windows. The news reports are grim however with creatures returning to life everywhere. Barbra and Ben are surprised when they realize there are 5 people hiding out in the basement: Harry, Helen and Karen Cooper; and a young couple, Tom and Judy. Dissensions sets in almost immediately with Harry Cooper wanting to be in charge. As their situation deteriorates, their chances of surviving the night lessen minute by minute.
"Well, the question of race was the furthest thing from my mind. When I was writing that character, I was thinking about the disintegration of family, the whole idea that people can’t cooperate, even when faced with a disastrous situation they just stick to their own agendas, arguing about whether to go upstairs or downstairs instead of facing the problem. When John Russo and I wrote the screenplay, he was a white guy, we didn’t change the script. So when Dwayne [Jones] agreed to play the role, we all had a conversation and decided that it was a bold move to not change the script. That was it. The same things happened to him when he was white, the redneck posse came and shot him, because they thought he was a zombie, not because they knew he was black. It was an accident really, in the end a happy accident. The night we drove the first print to New York we heard on the radio that King had been assassinated, so of course the film immediately took on a completely different slant."
[Tales From the Darkside: An interview with George A Romero, by Matt Thrift]
George Andrew Romero (New York, 1940 - Toronto, 2017) picked up his first 8mm camera when he was 13. After studying art, theatre and design at Carnegie Mellon University, he began making short films and with several friends founded Image Ten Productions, specializing in horror films. In 1968 he made his feature debut, The Night of the Living Dead, which cost just only $100,000 and became a horror classic in the 1970s. He went on to direct a series of films of various genres but in 1978 returned to his roots with Dawn of the Dead. This film also became a cult classic, grossing $40 million, and marked the beginning of a long collaboration between the director and special effects wizard Tom Savini. Romero followed up with higher-budget films, including Creepshow, the first of several Stephen King adaptations (which include 1993’s The Dark Half), and Day of the Dead. In 2005 he made The Land of the Living Dead, starring Asia Argento, Dennis Hopper and John Leguizamo. He directed two more Dead films, Diary of the Dead (2007) and Survival of the Dead (2009).
The Amusement Park (shot in 1973, but never released)
2009 Survival of the Dead
2007 Diary of the Dead
2005 Land of the Dead
2000 Bruiser
1993 The Dark Half
1990 Due occhi diabolici (segment: The Facts in the Case of Mr. Valdemar)
1988 Monkey Shines
1985 Day of the Dead
1982 Creepshow
1981 Knightriders
1978 Dawn of the Dead
1977 Martin
1974 O.J. Simpson - Juice on the Loose (doc)
1973 The Crazies
1972 Hungry Wives
1971 There’s Always Vanilla
1968 Night of the Living Dead
1962 Expostulations (short) 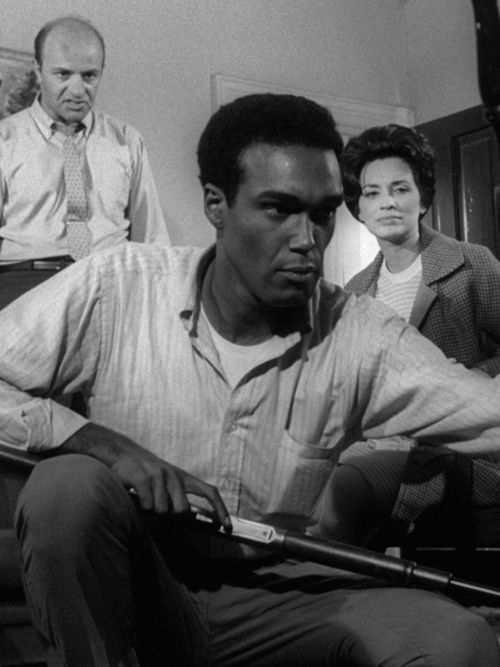