GRÄNS - BORDER
by Ali Abbasi
Sweden, Denmark, 2018, 108’, color, DCP
screenplay
Ali Abbasi
Isabella Eklöf
John Ajvide Lindqvist
based on the novel
Gräns by John Ajvide Lindqvist
cinematography
Nadim Carlsen
editing
Olivia Neergaard-Holm
Anders Skov
music
Christoffer Berg
Martin Dirkov
sound
Christian Holm
production design
Frida Hoas
costumes
Elsa Fischer
cast
Eva Melander [Tina]
Eero Milonoff [Vore]
Jörgen Thorsson [Roland]
Ann Petrén [Agneta]
Sten Ljunggren [Tina’s Father]
Kjell Wilhelmsen [Daniel]
Rakel Wärmländer [Therese]
Andreas Kundler [Robert]
Matti Boustedt [Tomas]
producers
Nina Bisgaard
Piodor Gustaffson
Petra Jönsson
productions
Meta Film Stockholm
Black Spark Film & Tv
Kärnfilm Production
co-productions
Film I Väst
Svt
Meta Film Dk
Copenhagen Film Fund
in collaboration with
Red Rental By Maan
Maan Rental
Act3
Tgbvfx
with the support of
Swedish Film Institute
Council Of Europe - Eurimages
Creative Europe Media Programme of the European Union
Nordisk Film & Tv Fond
Nordic Genre Boost
Danish Film Institute
world sales
Films Boutique
contact
Customs officer Tina is known for her extraordinary sense of smell. It’s almost as if she can sniff out the guilt on anyone hiding something. But when Vore, a suspicious-looking man, walks past her, her abilities are challenged for the first time ever. Tina can sense Vore is hiding something she can’t identify. Even worse, she feels a strange attraction to him. As Tina develops a special bond with Vore and discovers his true identity, she also realizes the truth about herself. Tina, like Vore, does not belong to this world. Her entire existence has been one big lie and now she has to choose: keep living the lie or embrace Vore’s terrifying revelations.
"To me the movie is not about ‘Us vs Them’ but about a person who can and does decide to choose her own identity. I try not to get into identity politics as such. But I also like to believe that to some extent you can choose your identity. Everyone interprets what they see about people the way they want to. It’s all about context. Even though I’m not very invested in racial discussions, since my childhood I know what it feels like to be a minority. Minority to me doesn’t mean a different color, but more importantly a different persona. I am as much a minority in Iran as in Copenhagen. [...] Movies are unique because they are mirrors that can be a deceitfully close simulation of human life. I see humans as well developed animals and I’m interested in the situations when our animal instincts clash with society’s structure. When the thin layer of civilization we are living under starts to crack and protagonists are pushed into the extreme. Not just because the extreme is interesting. Their answer interests me. The complexity of this situation is its beauty, not its sadness."
Ali Abbasi (born 1981, Iran) has a background in literature with several short stories published in Persian. In 2002 he gave up his studies at Tehran Polytechnic University and travelled to Europe, where he finally settled in Stockholm, Sweden to study architecture. In 2007, Ali graduated with a BA in architecture and subsequently enrolled at the National Film School of Denmark, where he studied directing. Ali’s First feature Shelley premiered in the Panorama section of the 2016 Berlinale.
2018 Gräns (Border)
2016 Shelley
2011 M for Markus (short)
Download 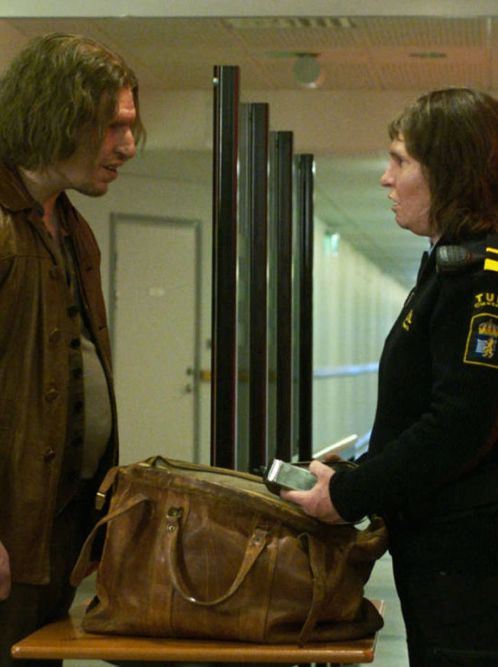