CITY OF LIES - Closing film out of competition
by Brad Furman
United Kingdom, United States, 2018, 112’, color, DCP
screenplay
Christian Contreras
based on
LAbyrinth by Randall Sullivan
cinematography
Monika Lenczewska
editing
Leo Trombetta
music
Chris Hajian
production design
Clay A. Griffith
costumes
Denise Wingate
cast
Johnny Depp [Russell Poole]
Forest Whitaker [Jack Jackson]
Toby Huss [Detective Fred Miller]
Neil Brown Jr. [Rafael Pérez]
Dayton Callie [Lieutenant O’Shea]
Shea Whigham [Detective Frank Lyga]
Xander Berkeley [Edwards]
Shamier Anderson [David Mack]
Laurence Mason [FBI agent Dunton]
Christian George [Belsher]
Michael Paré [Varney]
producers
Miriam Segal
Paul Brennan
executive producer
Patrick Newall
production
Good Films
world sales
Good Universe
Mid 90s Los Angeles is a cesspit of crime, poverty, and racism. It’s also home to one of modern history’s most infamous unsolved murders: the drive-by shooting of The Notorious B.I.G. which came just months after the gangland execution of his great rival Tupac Shakur. The LAPD - tasked to bring this crumbling city to order - can only add fire to the flames as corruption eats at its core. Black cops die at the hands of their white colleagues, LA’s finest are implicated in robberies and drug deals, and dubious officers moonlight for infamous gangsta rap label Death Row Records. The chiefs will do anything to avoid negative publicity, even if it means turning a blind eye to the truth. Two decades on from the murder, Jackson, a journalist whose entire career is based around one award-winning investigation into the shooting, and Poole, a former cop who just can’t let the case drop, come together as reluctant partners to navigate the web of corruption once more.
"When you see a police officer, you are supposed to feel protected, not fearful. Knowing that we entrust and believe in these institutions and how ultimately they let us down in this situation is pretty daunting and worthy of exploration in our movie. [...] When you really look at the pieces of the puzzle and the interconnected tissue among the police, the corruption, the police’s relationship with Death Row, the police’s relationship with the street, there’s really no one in that paradigm that can be trusted and I felt that was a story that had to be told.  And, there are so many minute details in that story, that page turner, called LAbyrinth, that I questioned whether we could fully honor in an hour-and-40-minute movie. But, we surely tried to get at the essence of it. [...]  It’s sad to say, but it may be due to the nature of the color of these men’s skin that justice has never been served. But, it’s more than just black-and-white. I hope this is a story that will leave people wanting more answers, that will leave people fighting and searching, not only for justice in this particular story, but so many others. We live in a very broken system in my opinion, especially politically, and we are responsible for policing ourselves. And, if we don’t do that, then we’re in a lot of trouble. For me, that’s the core of the movie. On the surface, the story is about the murder of these two young, under 25 rappers which has not been solved twenty years later. While we explore why, I ask myself ‘is that what the movie’s really about?’. To me, it’s about so much more."
Brad Furman (Philadelphia) is the director, writer and producer well-known for his gritty, thought-provoking, ethereal style. He most recently helmed another true-crime thriller, The Infiltrator. Furman also directed the critically acclaimed The Lincoln Lawyer. His feature directorial debut, The Take, premiered at the 2007 Toronto International Film Festival to rave reviews. In addition to his diverse film work, Furman has established a strong presence in the music industry. He recently helmed Justin Bieber’s "event" music video What Do You Mean?, the first single off the singer’s record-breaking album Purpose. Furman previously directed, wrote and produced the critically acclaimed documentary, Buried Alive in the Blues, which featured BB King, Buddy Guy, Sam Lay and other blues greats. He has also directed a number of music videos for artists including Parachute, Spitfiya, Linkin Park’s, Styles of Beyond, Mr. North, The Marie Sisters, Dr. Dre, Knock-Turn’al, and New Zealand’s Zed.
2018 City of Lies
2016 The Infiltrator
2013 Runner Runner
2011 The Lincoln Lawyer
2007 The Take
2005 Buried Alive in the Blues (doc)
2003 The Stranger (short)
2003 Unbroken (short)
2002 Fast Forward (short) 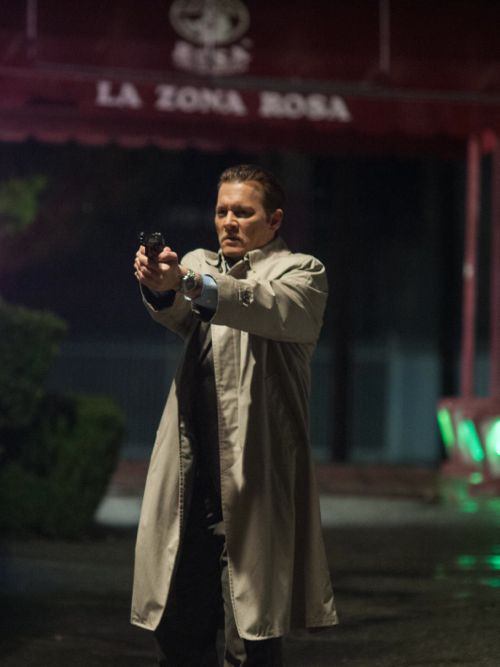