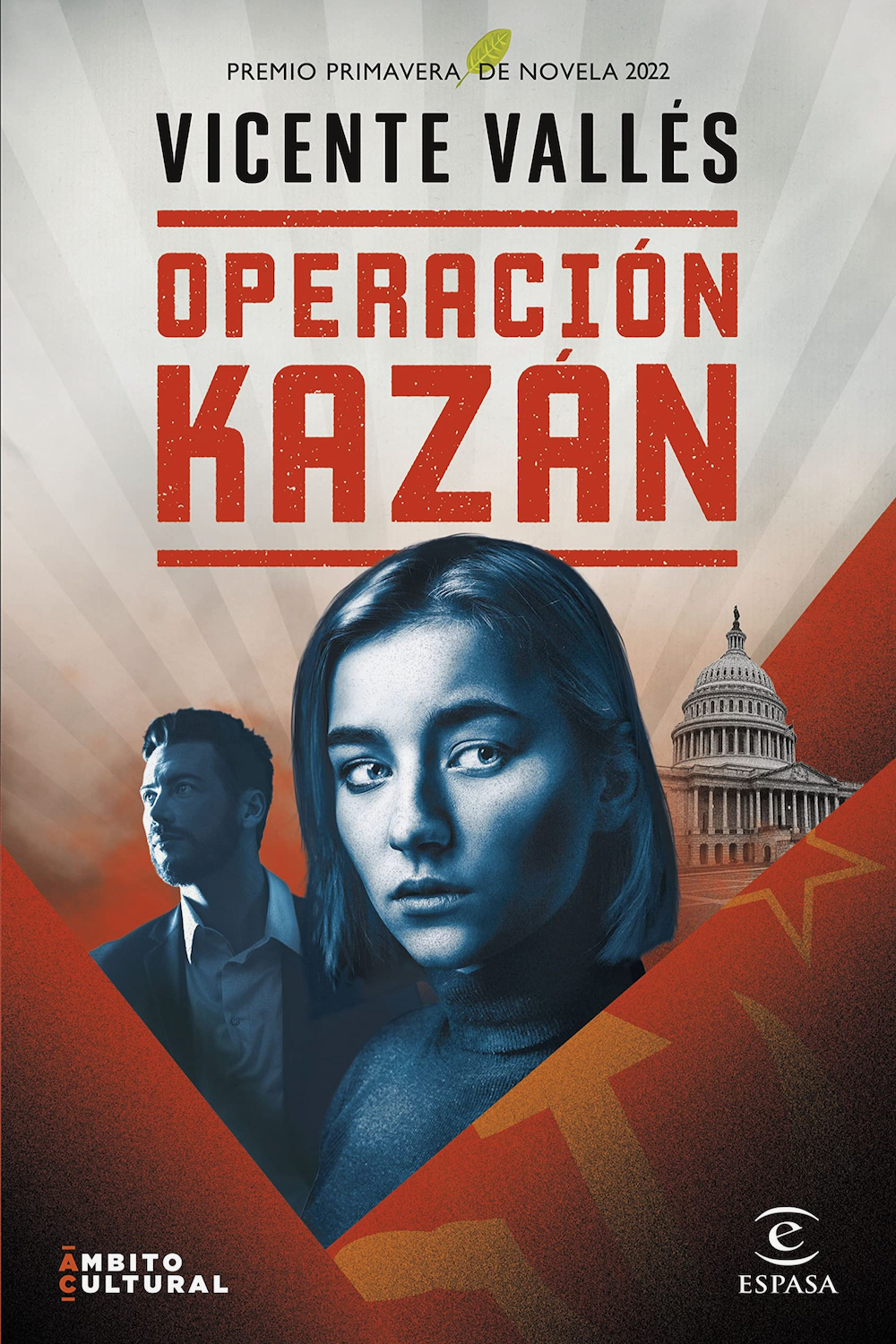 United States, 2024. Now eighty-two years old, the current president of the country, Jeremy Williams, announces he won’t run for the next elections, and the Democratic Convention goes on to nominate the first potential woman president. Her name is Nathalie Brooks. She’s the governor of Arizona, known for her steely determination, her brilliant political career and her WWII hero father, who had been decorated by Eisenhower himself and was a member of the Congress. Who else but Nathalie Brooks could lead the world’s largest democracy into the future? At the same time, in Moscow, the president of the Russian Federation is delighted at this news, since the nomination is the highest achievement of the Operation Kazan, a plan hatched exactly one century earlier by the secret service; it was operative during the Cold War and even after the disintegration of the Soviet Union. It’s an operation that is proving to be a golden opportunity to change the fate of the planet and launch the most diabolical attack on the U.S.A. ever conceived. Published before the recent Russian offensive that currently threatens all of Europe, this novel interweaves truth and fiction to take readers on a surprising journey back in time, from the Russian Revolution of 1917 to the Normandy landings, the fall of the Berlin Wall, and up to the present day.

Vicente Vallés studied journalism at the Faculty of Information Science at the University Complutense in Madrid and started his thirty-year career as a journalist first in radio, then in television: as a sports reporter on TVE and then at Spain’s leading television networks: as a writer in the political section, the head of the national section, the news director, and lastly, as a director and host of news shows, debates, interviews, and in-depth reports. Over the course of his career, Vallés has had the chance to cover many of the world’s major events since the 1980s, such as elections in Spain, the U.S., France, and the U.K.; the terrorist attacks on the World Trade Center in New York on September 11, 2001; in Madrid on March 11, 2004; and several other terrorist attacks on European cities such as Paris and Nice. He has moderated four Spanish election debates between the candidates for the presidency and now hosts a popular news program on Antena3. Vallés has received numerous awards, such as the Salvador de Madariaga, the International Press Club, the Antena de Oro, the Iris Awards of the Television Academy, and the 2016 Ondas Awards. His first novel has topped the Spanish bestseller lists for months now and has won the 2022 Primavera de Novela Award. His previous books were works of non-fiction: Trump y la caída del imperio Clinton (2017), about the rise of Donald Trump to the American presidency; and El rastro de los rusos muertos (2019), about Vladimir Putin’s international policy and the mysterious deaths of Russian spies and diplomats in recent years.