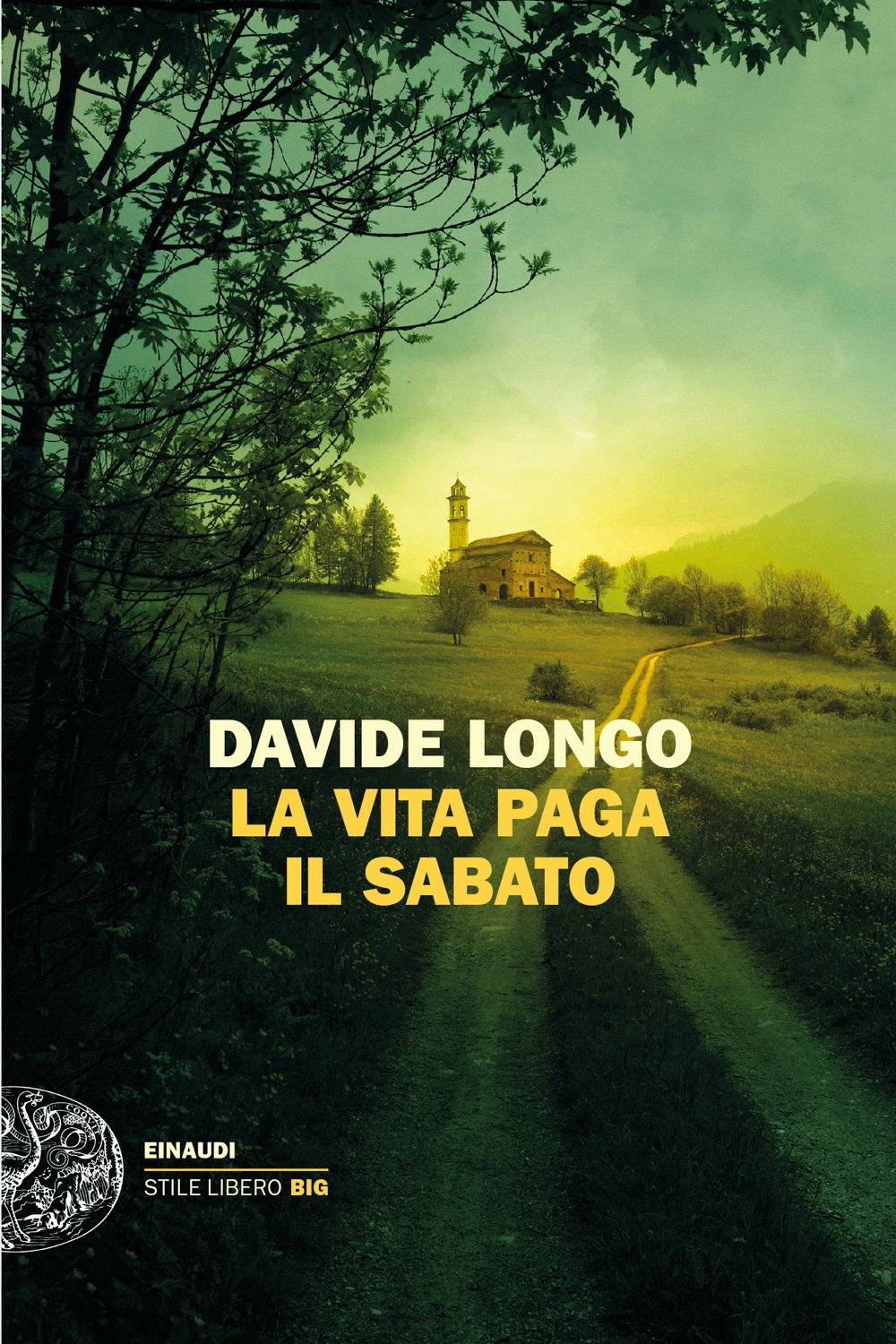 A film producer, the brother of a powerful former Christian Democrat minister, is found dead in his Jaguar, which turns up in a remote Alpine valley, His wife, a former actress who had made an entire generation swoon, is missing. The investigation falls to Inspector Arcadipane, who has to leave his native Turin and move temporarily up to Clot, a smattering of houses under a dam that squeezes the valley in a noosehold. The villagers are reluctant to talk to him and ornery in general, and the murder case seems uncrackable. Too complicated: he’ll have to call in his old friend and mentor Corso Bramard, and the unruly yet indispensable agent Isa Mancini, both fielding some problems in their private lives. To find out the truth, the three will have to dig deep in old secrets and new self-interests, unraveling the threads woven by a number of hands, until they learn that, for nearly everyone, life pays on Saturday.

Davide Longo has directed documentaries, written plays and articles, and scripted Radio Rai programs. His first novel, the 2001 Un mattino a Irgalem (Marcos y Marcos), was reissued by Feltrinelli in 2019 and won the Grinzane Cavour Prize for a first work and the Via Po Award. In 2004, Longo published Il mangiatore di pietre (Marcos y Marcos 2004, Feltrinelli 2016), winner of the City of Bergamo Award and the Viadana Award. He has also written children’s books and on other topics: Il diavolo fa il nido (2003), La vita a un tratto (2006), E più non dimandare (2007, with painter Valerio Berruti), Pirulin senza parole (2008), and La montagna pirata (2019, with artist Fausto Gilberti), all published by Corraini Edizioni. In 2010, Fandango published Longo’s Lucca Award-winning novel L’uomo verticale, while Keller Editore brought out Il signor Mario, Bach e i settanta. They would be followed by Ballata di un amore italiano (Feltrinelli 2011) and Maestro Utrecht (NN editore 2016). In 2014, Longo brought out his first novel featuring the detective duo Arcadipane and Bramard: Il caso Bramard (Feltrinelli 2014, Einaudi 2021). The series continued with Le bestie giovani (Feltrinelli 2018, Einaudi 2021) and Una rabbia semplice (Einaudi 2021). La vita paga il sabato is the fourth installment in the series. Longo wrote the screenplay for the film The Stone Eater (2018) based on his 2004 novel, directed by Nicola Bellucci and starring Luigi Lo Cascio. Longo divides his time between Turin and his chalet in Valle Varaita, whether he created the writers’ residency AlfaBaita. He teaches creative writing at the Scuola Holden and also training courses for teachers on the use of narrative techniques in schools at all levels.