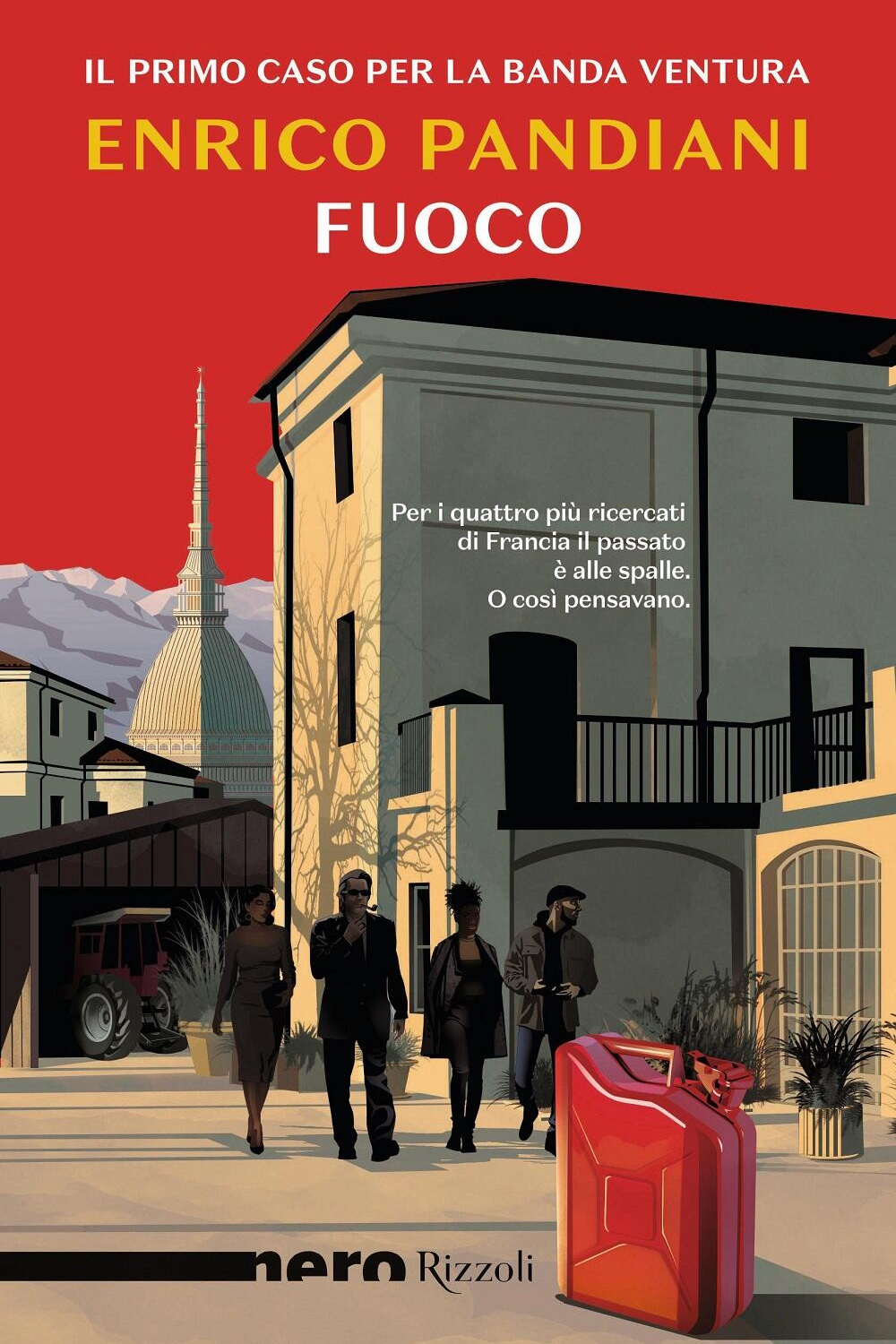 If you ran into them on the street in Turin on a summer’s day, you’d never dream that they were four ex-convicts on the lam from France. And all thanks to a car accident involving the van that had been taking them to the Lyon prison, a pile-up they crawled out of and escaped across the border, and started over. Linked forever by this huge secret. Max Ventura, a former bank robber from Marseille, has opened a restaurant. Thanks to the cooking of his loving companion, there is always a line outside the door. Then there’s Abdel, an Algerian with bright blue eyes and a face etched with the signs of his dissolute past. Ex-thief himself, he runs a repair shop for antique cars. A headful of wild curls coupled with a smoldering gaze, Sanda from Madagascar is the kind of girl you remember. She has a stake in a martial arts gym, and does have the physique du role, after years as a dancer at the Crazy Horse in Paris. Last, there’s the melancholic allure of Victoria from Alsace. Her boyfriend had gotten her involved in a scam and now, broken-hearted, she – and her daughter – are starting over. But one day everything changes – again. An odd individual shows up at Max’s restaurant and calls himself Numero Uno. He’s come to turn their lives upside down with a dangerous scheme that will float their past to the surface. Shattered lives and starting over? Enter an irresistible crew of investigators you won’t be able to go without.

Enrico Pandiani is an illustrator and graphic artist whose storytelling career started when he drew comic book stories published in Mondadori’s Mago and the magazine Orient Express. He has worked with the newspaper La Stampa for years, producing its infographics. His debut as a noir novelist goes back to 2009, when he wrote the first book in his saga Les italiens, whose protagonists are a cop squad in Paris and Inspector Mordenti, a jaded and lackadaisical type if there ever was one. The first three installments, Les italiens (2009), Troppo Piombo (2010), and Lezioni di tenebra (2011) were published by Instar Libri. Pandiani switched publishers in 2012, and Rizzoli brought out the fourth installment, Pessime scuse per un massacro. His 2013 novel La donna di troppo launched a new series set in his native Turin, featuring Zara Bosdaves, a former agent from forensics, now private detective, who would return in the 2015 Più sporco della neve. The following year, Pandiani wrote “Un letto di assi”, one of five stories in the collection I semi del male. The year 2016 saw the return of Inspector Mordanti in Una pistola come la tua. The series continued in 2017 with Un giorno di festa and in 2019 with Ragione da vendere. Before Fuoco, Pandiani turned out Il gourmet cena sempre due volte in 2020, and Lontano da casa the year after. Nicolas Winding Refn acts as showrunner and co-producer of an upcoming TV series based on Les italiens.