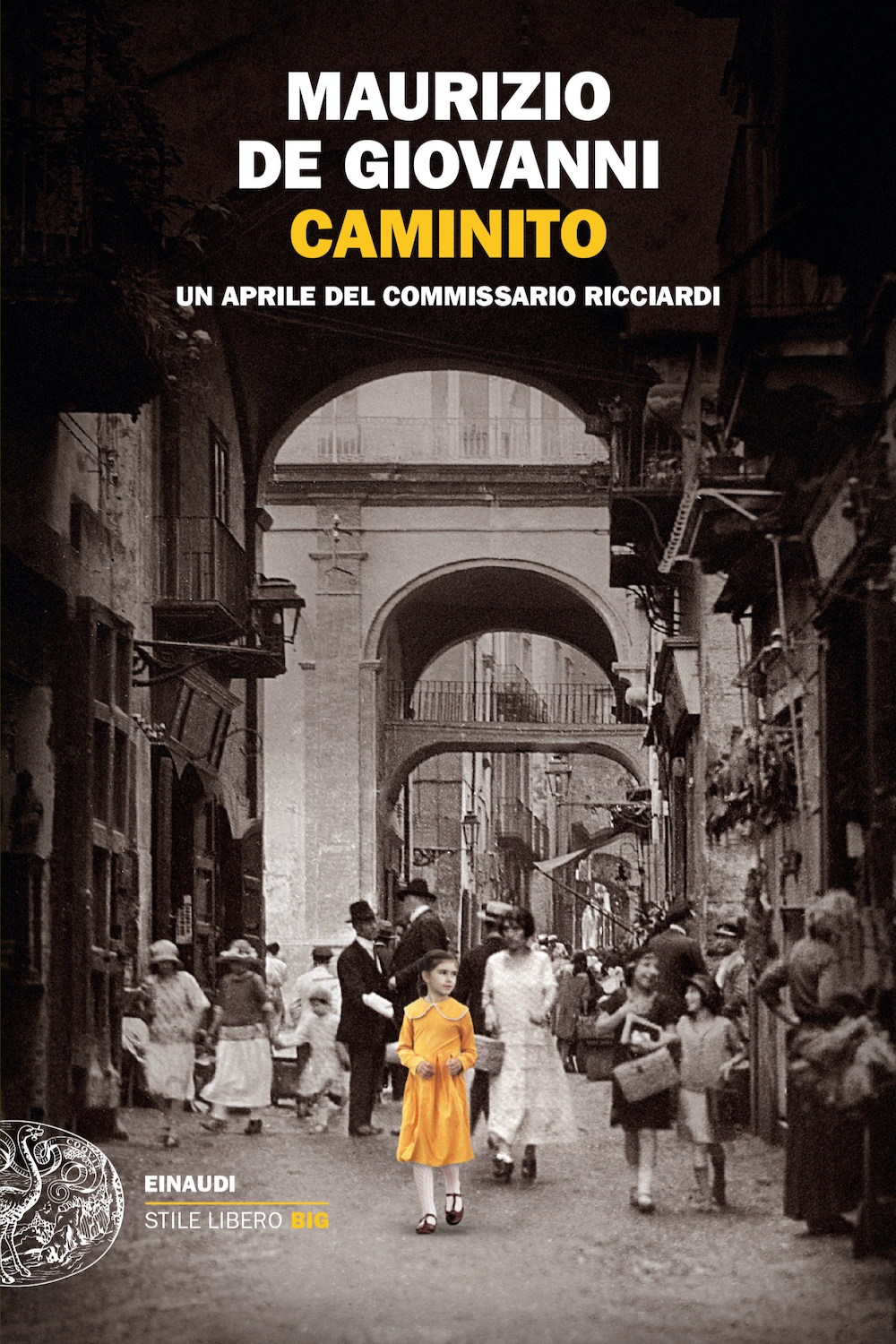 The year is 1939. Five years have passed since Inspector Ricciardi’s life was abruptly turned upside down. And now the winds of hatred buffeting Europe risk sweeping away the very idea of civilization. On the brink of disaster, the only sure thing is crime. In the undergrowth of the woods, the bodies of a young couple are found. They were making love when someone brutally murdered them. The motive for the murder is murky from the start: political interests may well behind this crime. With the help of his sidekick Maione – concerned about a family matter of his own – Ricciardi will have to crack the case and at the same time protect a good friend who is at huge risk over his love of freedom. Meanwhile, Ricciardi’s daughter Marta is growing up, and it’s time for the commissioner to learn if she has inherited his own curse: the ability to see and hear the dead.

In 2007 Maurizio De Giovanni attracted the attention of Italy’s literary scene after winning an award, thanks to a novel set in Naples in the 1930s, featuring a police commissioner, Luigi Alfredo Ricciardi: I Will Have Vengeance, published by Fandango and republished in 2012 (along with the entire series) by Einaudi. Thus began his highly popular series that counts thirteen novels to date, with the latest, Caminito, plus three stories in the collection L’omicidio Carosino. Le prime indagini del commissario Ricciardi. The equally popular TV series based on the Ricciardi novels aired on Raiuno in 2021, with the second season  scheduled to air in the first six months of 2023. In 2012, De Giovanni won the Scerbanenco Award for The Crocodile, which introduced Inspector Lojacono, a protagonist of another hit series as well, set in contemporary Naples: The Bastards of Pizzofalcone, ten novels to date and another well-loved TV series starring Alessandro Gassmann and Carolina Crescentini. With his more recent novels, Sara al tramonto, Le parole di Sara, Una lettera per Sara, and Gli occhi di Sara, all published by Garzanti, De Giovanni has created another character, a former secret service agent, now retired, with the gift of invisibility and a talent for stealing people’s secrets. And lately the author has enriched his Mina Settembre series with the fourth and fifth installment Troppo freddo per Settembre and Una sirena a Settembre, both published by Einaudi, while the first three novels came out with Sellerio. This year, along with Caminito, De Giovanni has brought out L’equazione del cuore. There are myriad comics and graphic novels based on the author’s works. Since 2017, Sergio Bonelli Editore has published eight comic books based on the Inspector Ricciardi novels and five annual magazines with unpublished stories. The same publisher has brought out three comics devoted to The Bastards of Pizzofalcone novels.