Quentin Tarantino, Harlan Coben, and the clash of civilizations 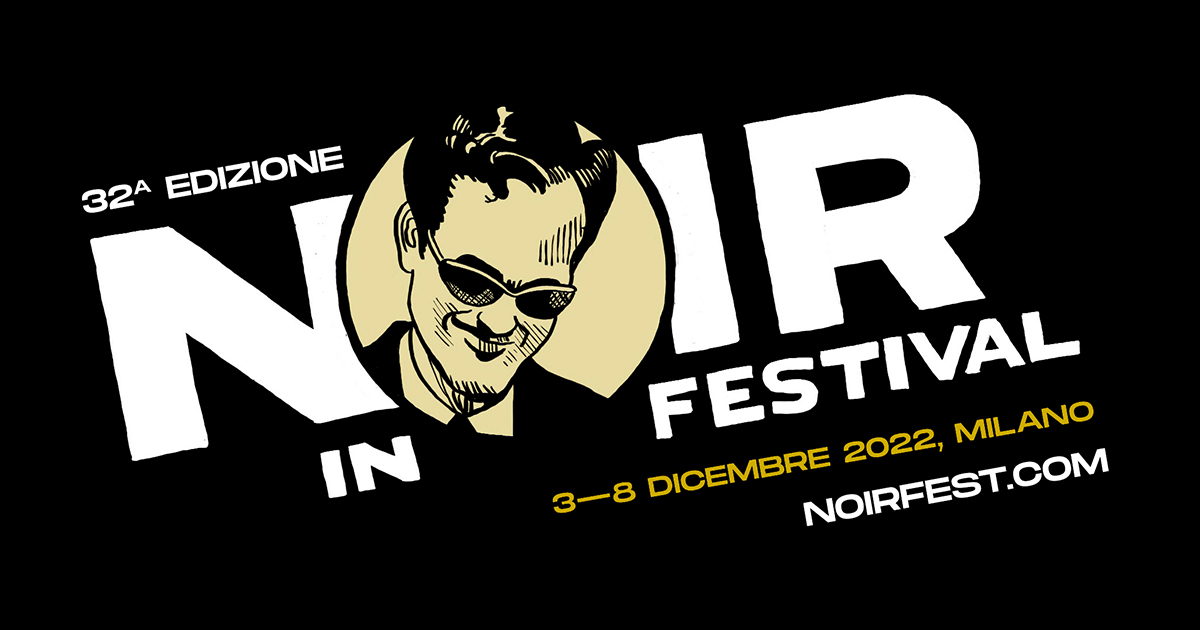 Among the 13 films in the Official Selection, several titles are sure to stir intense debate. “It may well be that Marlowe and Spade have had their day,” write Marina Fabbri and Giorgio Gosetti, “and perhaps even James Bond has to surrender to age and technology. But they could always make a comeback, as is often the case with imaginary heroes that light the way to the future.”

The 32nd edition of Noir in Festival takes place in Milan from December 3rd to the 8th, at what is by now its traditional headquarters, IULM University, as well as in the Cinema Arlecchino at the Cineteca di Milano, and the Libreria Rizzoli Galleria. For three important events at the festival this year, the venues are just as prestigious. The Casa del Manzoni, the writer’s home, central to Milan’ identity, welcomes the five authors shortlisted for the Giorgio Scerbanenco Award on December 3rd, when the jury headed by Cecilia Scerbanenco selects the best Italian noir novel of the year, handed out by a master of the genre, Maurizio de Giovanni. The Multisala Eliseo will be staging the opening night of the festival, while the venue CinéMagenta63, at the Institut Français in Milan, will host the tribute to Bertrand Tavernier and our twinned festival Quais du Polar in Lyon.

“This choice of venues,” declare Marina Fabbri and Giorgio Gosetti, “speaks, on one hand, to our desire to partner with some of Milan’s leading cultural institutions, in the spirit of a city-wide festival that seeks out different audiences, mirroring the event’s own DNA; on the other, Noir in Festival joins a lively, well-established cultural network, the result of the synergy between the City of Milan and the array of festivals and cultural events in the city.”

One hallmark of the 2022 Noir in Festival is a shift in focus in its selection criteria: attuned to a changing world and its needs at a time when violence and clashes between civilizations take center-stage, and our authors and filmmakers sense the urgency of current events. Ushering in the international competition, therefore, is the new film by Alessio Cremonini, Prophets, which, in a surprising twist, hones in on the drama of an Italian journalist held prisoner by ISIS in its military camps.

Among the 13 films in the Official Selection, one of the most eagerly-awaited premieres of the year is My Name is Alfred Hitchcock, by cinematic genius and cinephile Mark Cousins (The Story of Film: An Odyssey, The March on Rome). Several titles are sure to stir intense debate, from the Iranian film Subtraction by Mani Haghighi, which portrays the condition of women in Iran today, to Sashenka by Alexander Zhovna, a Ukrainian thriller with a Hitchcock feel, about deviance and madness that take on new meaning in the context of a war that is building walls between two peoples, too high to climb. The lineup also features Steven Soderbergh’s new film, Kimi, starring Zoë Kravitz; Silent Night by Camille Griffin, starring Keira Knightley and Lily-Rose Depp; the English film Enys Men by Mark Jenkin and the Korean Hunt, by Lee Jung-jae (the directorial debut of the popular anti-hero from the hit series Squid Game); plus the French film Bowling Saturne by Patricia Mazuy, the Canadian entry Viking, by Stéphane Lafleur (a quizzical satire on the theme of truth vs. fiction and a revelation at the Toronto Film Festival); and La niña de la comunion by Víctor Garcia, which recently triumphed at Sitges. Last but not least, a little gem for cinephiles and the genre, Ragtag by Giuseppe Boccassini, which deserved a broader fan base after its Venice debut. Rounding out Noir in Festival 2022 is the year’s best noir melodrama, Decision to Leave by Park Chan-wook, winner of the Palme d’Or for Best Director at the last Cannes Film Festival.

Without a doubt, the guest of honor this year is Harlan Coben, winner of the 2022 Raymond Chandler Award and now recognized as not just a master of noir fiction but also of the TV series inspired by his novels. But there are many other name novelists in store on this year’s lineup. Donato Carrisi (whose latest, La casa delle luci published by Longanesi is now on sale) will be discussing with Coben himself the latter’s most recent novel published by Longanesi, The Stranger. Maurizio de Giovanni, whose newest entry, published by Einaudi, is Caminito, a novel marking the return of Inspector Ricciardi, will be on board, along with the famed Spanish TV reporter Vicente Vallés, who has crafted a fascinating spy story, Operazione Kazan (Salani), about the relations between Russia and the West, and discusses it with Aldo Giannuli; and then Maria Oruña, who isn’t shy about paying homage to the classic genre of “locked room” mysteries in her modern, quite original novel Quel che la marea nasconde (Ponte alle Grazie). Noir 2022 celebrates as well the return of Gino Vignali (I milanesi si innamorano il sabato, Solferino Editore); the literary debut in the noir novel of a young filmmaker like Cinzia Bomoll, with her La ragazza che non c’era (Ponte alle Grazie); and journalist Paolo Maggioni, with his La calda estate del commissario Casablanca (SEM), who’ll be discussing novel-writing with Luca Crovi and his own new ll mistero della torre del parco e altre storie (SEM).

Our poster this year, designed by a graphic novel maestro like Paolo Bacilieri, tips you off right away that Noir in Festival is diving into its past by re-evoking that extraordinary edition that unfolded 30 years ago, when a young Quentin Tarantino made his debut with Reservoir Dogs, while a parade of film personalities crossed the big screen (and thronged the festival): Jules Dassin (legendary jury president), Theresa Russell, Steven Soderbergh, and Kon Ichikawa, along with the tributes to Emile De Antonio, Michael Curtiz, and Orson Welles. Revisiting that year of years, when Tarantino appeared in the flesh, will be Davide Rapp and Michele Boroni, authors of a documentary on the cinephile filmmaker’s Italian journeys, while Gianfranco Giagni, whose recent study of Orson Welles’ never-produced play, Miracolo a Hollywood (Sellerio) also examines the era, having co-directed the documentary Rosabella: la storia italiana di Welles. Other paens to the 1992 festival come in the form of a tribute to Bertrand Tavernier (together with the Institut Français of Milan), the talk on Jules Dassin (with Adrian Wootton, CEO of Film London, on stage for the occasion), and, naturally, the films of that vintage year, from the magnificent 4K restoration of Reservoir Dogs to two other gems from the ’92 program.

Rounding out the offerings of Noir 2022, a new section makes its debut: Game inFest (created with QAcademy and devoted to the theory and practice of genre gaming, interactively and on the big screen). And there’s the fresh look at the graphic novel, with Scerbanenco’s A Private Venus reimagined by artist Paolo Bacilieri for Oblomov editore; the six films shortlisted for the Claudio Caligari Prize, a joint effort involving Noir, IULM, and Cinecittà News; and the big five Italian noir novels vying for the Giorgio Scerbanenco Award.

“It may well be that Marlowe and Spade have had their day,” write Marina Fabbri and Giorgio Gosetti, “and perhaps even James Bond has to surrender to age and technology. But they could always make a comeback, as is often the case with imaginary heroes that light the way to the future. This is why we have the duty and the privilege to chart the evolution of creativity each year, the insights of fresh talent, and the transformations of a genre so good at being hybrid and changeable. This year’s Noir in Festival takes after our best past editions – no wonder we traveled in time to 1992 for our poster this year – yet Noir 2022 displays a dynamism and originality that further proves that the noir genre is still unfailingly taking the pulse of our own time.”