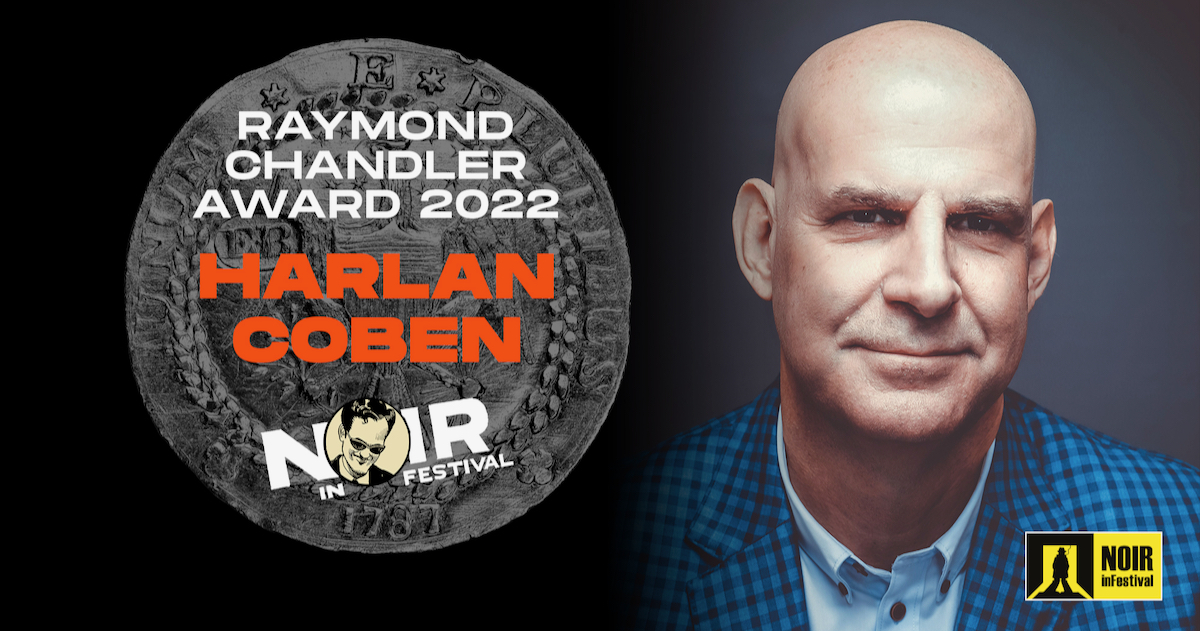 On the day Italy’s highest honor for lifetime achievement by a master of the literary thriller and noir genre, the Raymond Chandler Award, goes to Harlan Coben, the Festival has released the statement

The noir genre is a feeling that comes from the soul, above all, and it changes its image in step with the transformations of society and the individual. It follows that, today, Harlan Coben, virtuoso interpreter of contemporary noir fiction and master of thriller, displays a very different talent from that of Raymond Chandler, whose name this award is proud to bear.

In any case, after authors such as John Grisham, who introduced readers to the legal thriller, or Frederick Forsyth, who drew us into the world of spycraft, in the gleaming constellation of the Raymond Chandler Award, it is the star of Harlan Coben – bestselling noirmeister and the real multimedia author of the new millennium – that shines uniquely bright today.

There is no one like him, and none surpass him. For this reason we are honored to bestow on him the 2022 Raymond Chandler Award.

A small coin with a long history, the Brasher Doubloon, described by Chandler in The High Window, goes to a great talent with a glowing future: Harlan Coben.