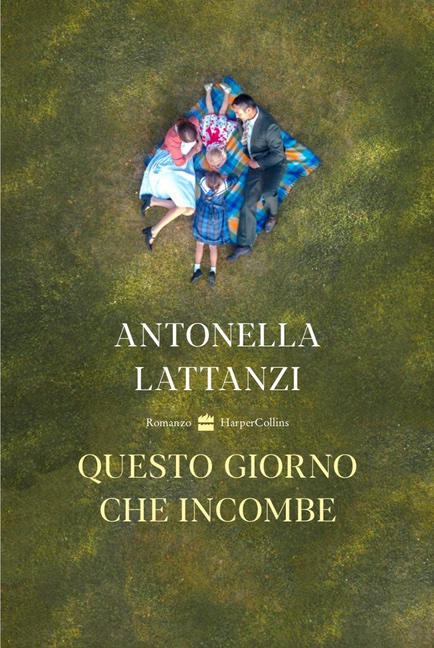 We’ll be safe here, or so Francesca thinks as she opens the fire-engine red gate to the building housing her new home, with her husband Massimo and two young daughters by her side. They have just moved from Milan to Giardino di Roma, a town halfway between the city and the sea. They’ve bought an apartment in a modern building with a welcoming air, the perfect doorman, always ready to help, and lovely neighbors who visit them right away, bearing gifts. The apartment is sunny; every room gleams with sunlight; it’s certainly the perfect place to start over. Yet something isn’t right. Odd little things that dampen their initial enthusiasm. Minor incidents, shadows, vaguely sinister occurrences. Are they real, or is Francesca just imagining things?

Antonella Lattanzi (Bari, 1979) made her debut with a collection of short stories in 2004 and published her first novel, Devozione, in 2010, followed shortly by two more: Prima che tu mi tradisca (shortlisted for the 2013 Stresa Prize) and Una storia nera in 2017, winner of the Cortina d’Ampezzo Award. She has also worked in television (on the program Le invasioni barbariche), print journalism (she contributes to La Stampa’s supplement Tuttolibri, and La Repubblica’s magazine Il Venerdì), and film, scripting the following films: Fiore, directed by Claudio Giovannesi (2016); 2night, directed by Ivan Silvestrini (2016); and Il campione, directed by Leonardo D’Agostini (2019).