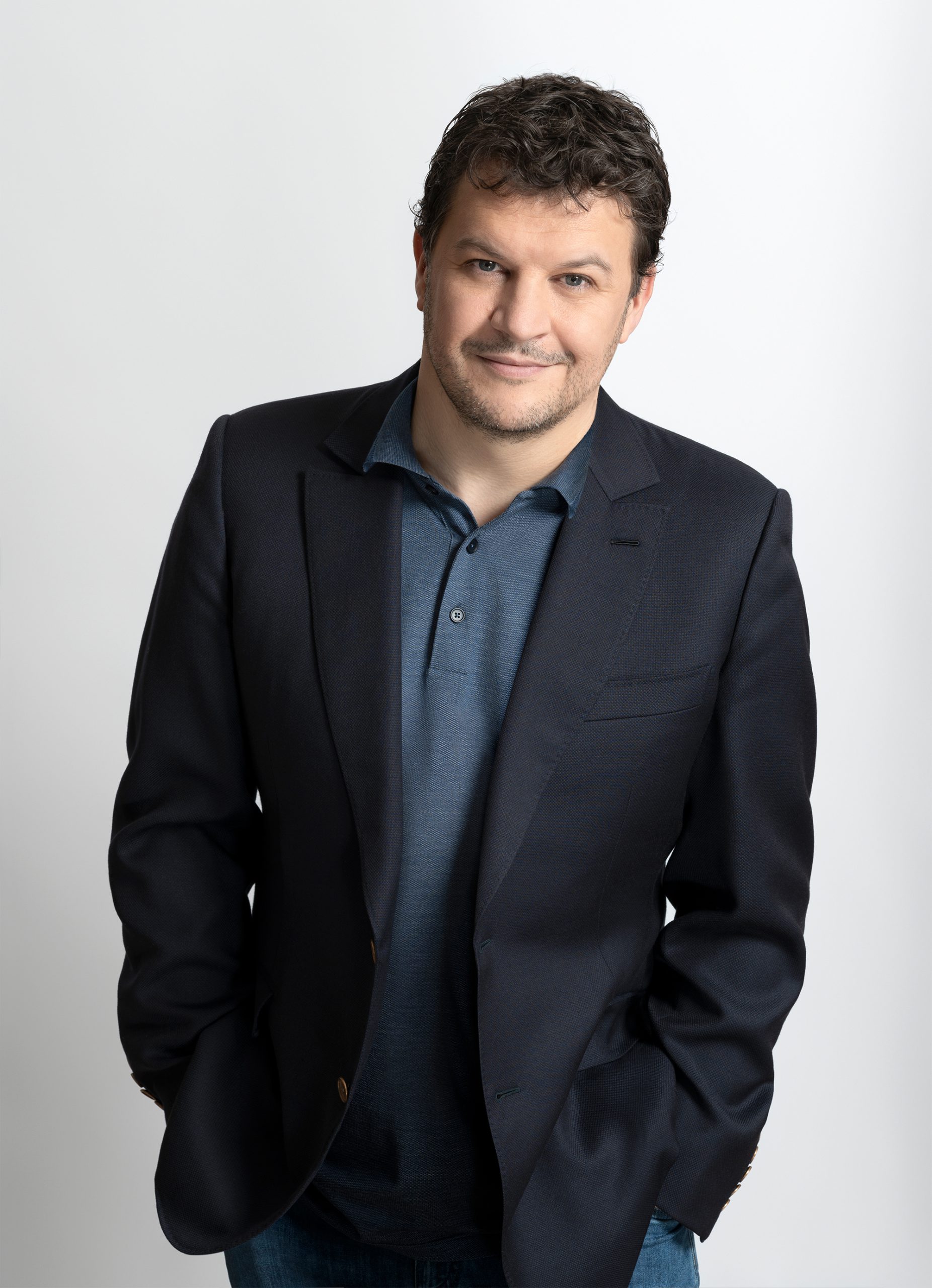 Guillaume Musso, born in Antibes in 1974, with a great-grandfather who emigrated from Piedmont to the south of France in the early 20th century, was the number one author read by the French during the lockdown. Musso is used to breaking records, however: since 2001 he has been turning out roughly a novel a year. And considering he hailed from provincial France and had no strings to pull, it’s remarkable that he is now the bestselling author in the country, translated into 42 languages, with twenty titles to his credit and millions of copies sold worldwide.
Musso’s debut novel was Skidamarink (2001), a very well-received thriller that kicks off with the theft of the Mona Lisa from the Louvre. The book that made his name, though, was the 2004 Et après…, which has sold over a million copies, been translated into twenty or so languages, and turned into a film in 2008: Afterwards, directed by Gilles Bourdos and starring John Malkovich, Romain Duris, and Evangeline Lilly. Since cinema was a major influence on Musso, it’s only natural that the structure of some of his novels recalls that of a number of films. And given that he belongs to a generation that gets its cinema on the small screen, his own writing tends to be very visual, with a film-editing touch to the plots and a suspense that glues a reader to the page from beginning to end. It’s the same phenomenon behind the British and American TV series Musso adores, such as Six Feet Under, Lost, The Sopranos,  24, The West Wing, Mad Men, and The Wire.
Virtually all of Musso’s novels have been bestsellers. To name a few: Sauve-moi (2005), Seras-tu là? (2006), Je reviens te chercher (2008), La fille de papier (2011), Central Park (2014), L’instant présent (2015), Un appartement à Paris (2017), La jeune fille et la nuit (2018), La vie secrète des écrivains (2019), La vie est un roman (2020), and L’inconnue de la Seine (2021).
The underlying thread of nearly all his books is resilience, the ability to soldier through hardships and overcome setbacks by getting back on your feet and starting over; and also knowing how to seize opportunities and not being afraid of change. Creativity, however, is another core theme of many of Musso’s novels, and particularly writing itself. Suspense is his trademark, as we have seen, along with his cast of characters, masterfully and feelingly drawn.
That Musso’s literary inspiration draws on the 19th – century French fantastique tradition is clear. “My mother was a librarian,” recalls Musso, “and I grew up with books as a child. I read all the French classics – Nodier, Gautier, and Mérimée – to whom I might add Maupassant and even Barjavel.” By mixing the supernatural into tales set in the present, Musso has rejuvenated this literary genre, so successful in earlier times. As to contemporary fiction, Musso adores novels that delve into the unconscious and our emotions, like those of Milan Kundera, Philip Roth, Stephen King, and Dennis Lehane, but he’s also a fan of Jean-Cristophe Grangé and Tonino Benacquista. He has been known to claim Georges Simenon as his model and borrows the latter’s own questions (as do Modiano and Manchette): who are the living and who are the dead? How do we recognize their value, and how to we really come into contact with them?
This past October, Musso was on the set of a TV movie, The Reunion, an adaptation of his novel La jeune fille et la nuit.