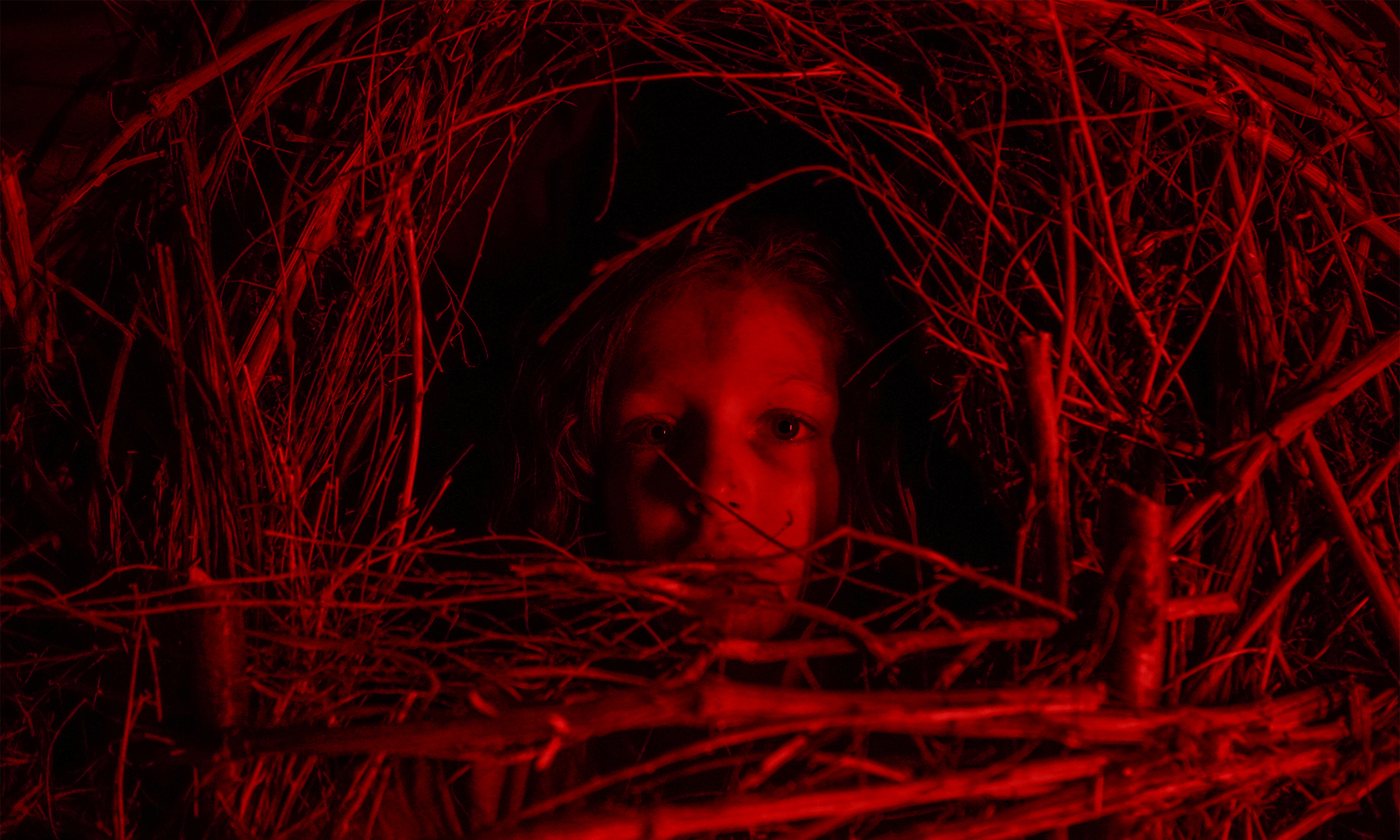 Five carpoolers are riding in a camper to reach the same destination. Night comes on: the camper swerves to avoid a dead animal on the road and crashes into a tree. When the five come to, they find themselves in the middle of nowhere. The road they were traveling on has disappeared; there’s just an impenetrable forest and a wood cabin in a clearing. They will soon learn that that cabin is where an unspeakable cult operates. How did they get there? What really happened after the accident? And who are the masked creatures in the paintings inside the house? Can they really trust one another as they try to extricate themselves from the nightmare they are trapped inside?

“From the very beginning we wanted to create a contrast that would show audiences why the film is called ‘A Classic Horror Story’, so the first thing you see is a cliché par excellence: a stag’s head on a wall. At the same time, through the score, we also let the audience in on the fact that it is probably not a classic horror story.” [Roberto De Feo]

“[…] The spectacularization of pain exists everywhere, yet in Italy the horror genre is considered second-rate cinema because audiences are suspicious of the splatter element in the plot of a film, while they will put up with any conceivable atrocity on the evening news. This paradox intrigued us, and we wondered if this wasn’t the real reason why the tradition of horror movies that Italy could boast up to the 1980s has dried up.” [Paolo Strippoli]

Roberto De Feo (Bari, 1981) presented his first short film, Ice Scream, at the Rhode Island Film Festival. In 2014, he directed the short Child K, which received a special mention at the Silver Ribbons. He took part in the Biennale College in 2016, and three years later directed his first feature film, The Nest, selected for the Locarno Film Festival, where it was screened outdoors, in Piazza Grande.

Paolo Strippoli (Corato, 1993) graduated with a performing arts degree from the Sapienza Univeristy of Rome and attended the Centro Sperimentale di Cinematografia. After making several short films, he joined forces with Roberto De Feo to direct his first feature film, A Classic Horror Story. He is currently at work on his second film, Piove.