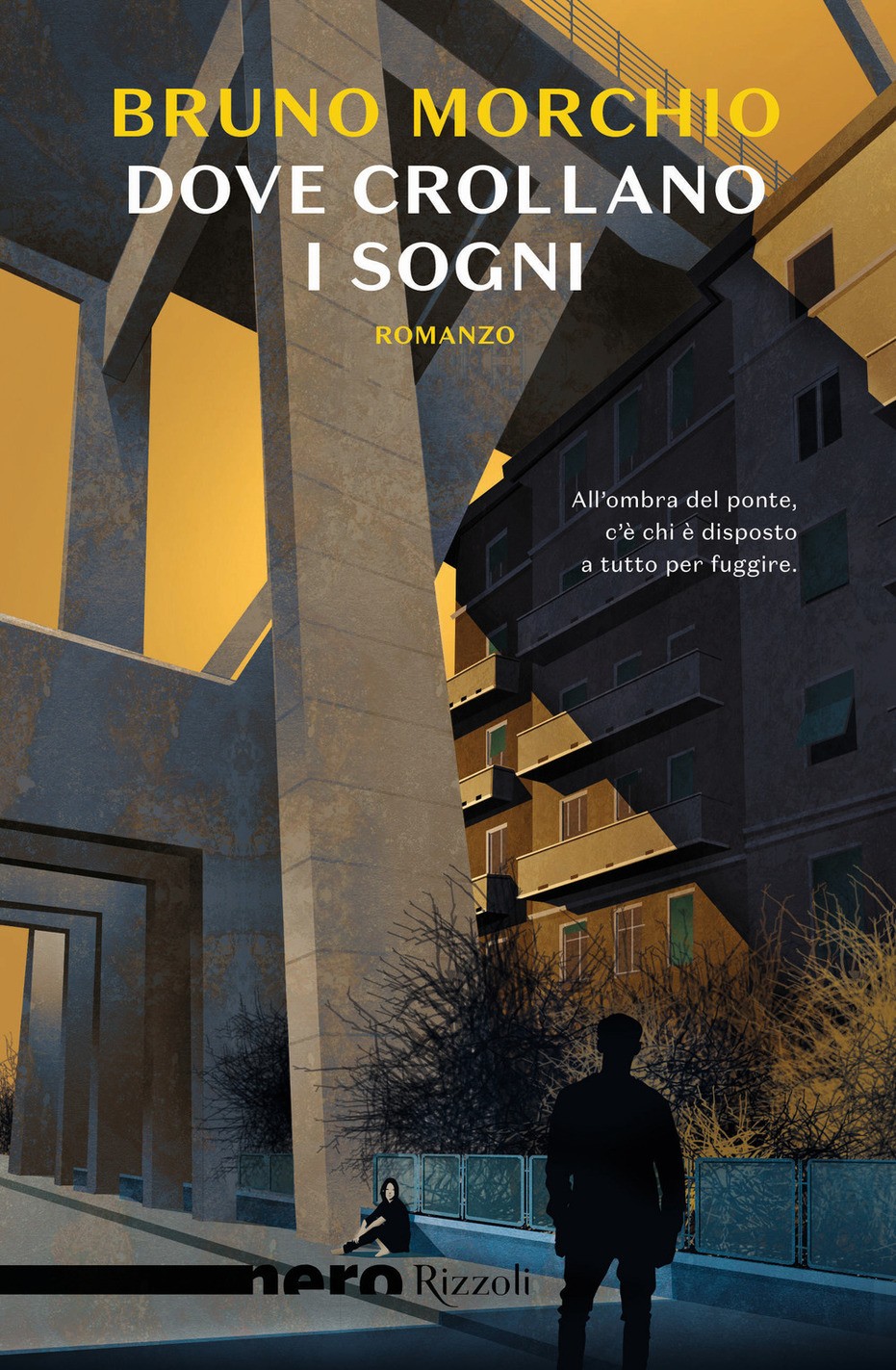 You can’t see the sea from the outskirts of Certosa, where people just get by amidst the abandoned warehouses from way back when Genoa was known for manufacturing. They live in the shadow of the elevated highway, where their hopes to make good end. The future sure isn’t rosy in Certosa for 17-year-old Blondi, who lives in a tiny apartment with her single mother, a hospice nurse who has let herself go and turned to drink, night after night. That’s Blondi’s life: a patch of asphalt, the park benches and Carmine’s bar, haunt of the most extreme fans of the Sampdoria team, where she hangs out and smokes joints in dubious company. Blondi’s handsome, good-for-nothing boyfriend Cris dreams of buying a motorcycle while alternating weed and heroin to pass the time. Her dreams are different: starting all over in Costa Rica. Which takes money, though, and the right opportunity. Any scruples evaporate fast when you’re ready to do absolutely anything it takes to escape.

Bruno Morchio wrote the novels Maccaia and La creûza degli ulivi in 1999, unpublished until in 2000 a newly founded publisher, Fratelli Frilli Editori, brought out his next book, Una storia da carruggi, the success of which led to the first two’s seeing the light of day. The adventures of Bacci Pagano continued under Garzanti, which published Con la morte non si tratta, Le cose che non ti ho detto, Rossoamaro (The German Client, Kazabo 2020), Colpi di coda, Lo spaventapasseri, Un conto aperto con la morte, and Fragili verità. In 2013, Il profumo delle bugie was shortlisted for the Bancarella Prize. Rizzoli published Morchio’s Il testamento del Greco in 2015, while in 2016 Garzanti brought out a new investigation by the detective from Genoa, Fragili verità, which drew on the author’s profession as a psychologist perhaps more than any of his other novels. It would be shortlisted for the Scerbanenco Award. In 2017 Rizzoli published Un piede in due scarpe, which featured a psychologist nearing forty, Dr. Paolo Luzi, and an inspector from Alto Adige called Ingravallo, a homage to the famous don Ciccio in Gadda’s Pasticciaccio. The following year, Morchio’s Uno sporco lavoro. La calda estate del giovane Bacci Pagano, came out, a prequel about the very first investigation by the inspector from Genoa. In 2019, the author brought out Le sigarette del manager, while Dove crollano i sogni was published in the Nero Rizzoli series in 2020.