Save the new dates: Noir in Festival moves up a week
Due to its original dates’ overlapping with the upcoming online edition of the Berlinale (and the EFM), and out of respect for the much older and preeminent showcase, the organizers of Noir in Festival have agreed to reschedule their event to one week later than the dates previously announced. The thirtieth anniversary edition of Noir in Festival will therefore unfold in Milan from Monday, March 8th, to Saturday, March 13th, 2021.
This decision, made in an effort to harmonize the dates of the international festival calendar and already announced to the FIAPF (to which Noir in Festival has belonged since its start) and the AFIC (of which it is co-founder), led to a fortunate coincidence: this year Noir will be kicking off on International Women’s Day.
"Inaugurating the festival on March 8th," declare directors Giorgio Gosetti and Marina Fabbri, "turns into a way to pay homage to a new generation of women who are writing novels or making films or TV series. Confidently and with a strong sense of identity, they are breathing fresh life into the spirit of the noir genre, its content and style. This isn’t the first time Noir has taken up the cause of women artists; it’s practically a tradition by now, but if there’s one year when all of this means so much more, it’s now, on our thirtieth anniversary."
Condividi su 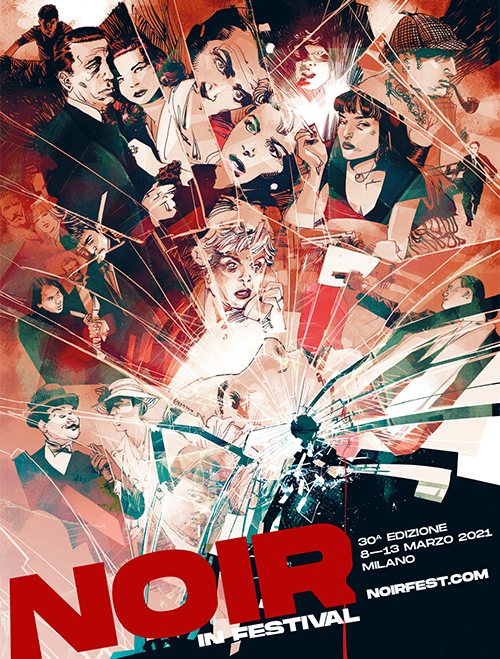