Noir in Festival turns 30 and moves to March
Contrary to what was previously announced, and owing to the current COVID-19 emergency, the 30th annual Noir in Festival will be held in Milan from March 1st to March 6th, 2021.
In reality, the initiatives designed to celebrate the thirtieth anniversary of the oldest and best-known Italian festival devoted to the noir genre get going in just a few days, on November 14th, when the festival’s official website kicks off the popular vote for the Giorgio Scerbanenco Award for the best Italian genre novel published in 2020. Readers will have one week to vote for the semi-finalists, and the sum of their votes, combined with that of the jury, will lead to a shortlist of five titles that will be announced on November 23rd. The authors of the shortlisted novels will then take part in a series of live-streamed talks on the festival’s social media channels, starting on November 30th, until the winning title for this year is announced on December 4th.
After that date, as all of Italy’s cultural players eagerly await the reopening of movie theaters, Noir in Festival will continue digitally through the winter, with the selection of the people’s jury for the Caligari Prize awarded to the best Italian noir film of 2020, the presentation of the films shortlisted, plus a number of masterclasses with noir personalities and an array of events linked to Noir’s 30th anniversary.
On the first of March, we’ll finally be back in person, with an all-new edition of the festival and a program that will blend online and in-person events, thanks to the support of MiBACT’s Directorate General for Cinema and Istituto Luce Cinecittà, as well as our close collaboration with key partners such as IULM University in Milan and the Feltrinelli bookshops.
"The ongoing health crisis in all of Italy and the consequent restrictions that are all the more tangible in Milan itself," declare Giorgio Gosetti and Marina Fabbri, directors of the Festival alongside IULM delegate Gianni Canova, "prompted us to come up with a truly special formula for this year’s Noir. We sincerely hope, though, that the emergency will also be an opportunity that triggers new ways of thinking, and that our important anniversary could well coincide with a real rebirth of our country."
Condividi su 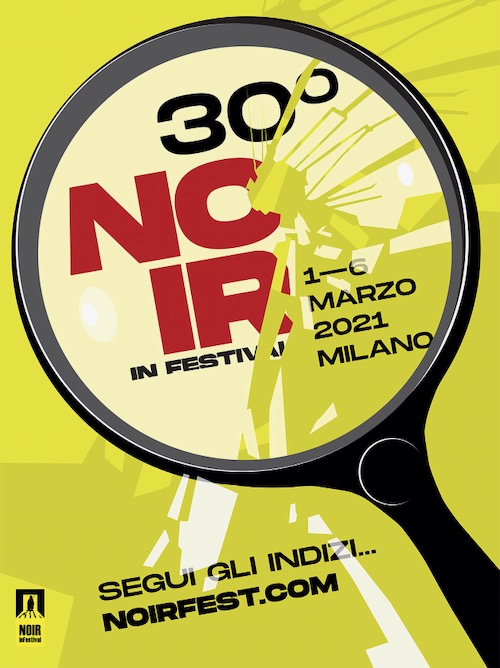