UNA VISITA AL BATES MOTEL
This investigation was prompted by a series of odd clues. A revealing typo - Psyche instead of Psycho - in the first news item to announce Hitchcock’s new project. A statue reproducing Canova’s Cupid and Psyche that can be glimpsed in a scene from the film. An enigmatic comment by the filmmaker, who presented Psycho to the press as "an excursion into metaphysical sex". The study goes on to inspect the scenes of the crime, deserted by now: the Bates Motel and the brooding house on the hill, which Hitchcock reimagined as an art gallery or a Wunderkammer. And it turns into a guided tour that wends its way past the knick-knacks glinting in the gloomy interiors, under the blank gaze of stuffed birds. One room after another, detective Vitiello - and behind him, the spirit of a sly, mystagogic Hitchcock - helps us to see the ghostly Victorian manse in Psycho as a musée imaginaire of mystery cult erotica, with the rooms playing host to three infernal cycles of myths: Cupid and Psyche, Orpheus and Eurydice, Demeter and Persephone. These are startling and in their own way sinister findings, which, all in all, we would willingly do without. It may be too late, however. As we should have known before even opening the book, the truth is that it is much easier to enter Norman Bates’ netherworld than it is to leave it.
"Mine is an investigation, true, even if it isn’t a criminal one - at least, not one of Arbogast’s: the private detective in the film, that is, who never really gets anywhere with his own methods. Yet the pace of the book is definitely that of a detection, the gradual clearing up of a mystery. And I’ll be pleased if some readers perceive this kind of mystagogic suspense, the thrill of the chase after clues that stayed with me for the duration of the writing of the book, and which I tried to convey on the page. It is a guided tour of the Bates Motel, but with its inherent dangers, as Marion, Arbogast, and Lila learn. Behind every door, who knows what you will find?" [Interview with Guido Vitiello by Matilde Quarti, October 21, 2019, www.illibraio.it]
Guido Vitiello is a researcher at Rome’s Sapienza University. He has published, edited and translated numerous books. He contributes to Il Foglio.
Condividi su 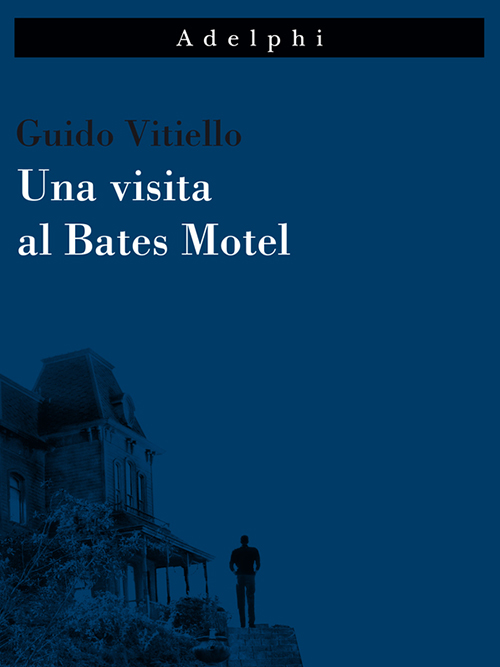