A REBEL AT CINECITTÀ
by Giorgio Gosetti
Born a stone’s throw from Lake Como, the winner of the 2019 Svizzeretto Award, Claudio Bonivento, is a film and television director, producer, impresario, talent scout, soccer fan and proud father of two daughters he dotes on. All this to say that any way you look at it, Bonivento is an exception to the rule as Italian film personalities go, and has been since his earliest days in the business, when he first appeared on the scene with Charles Aznavour, then worked with the record company for Italy’s iconic songwriting duo, Battisti & Mogol. He launched his own career in the mid-1970s and went on to reap his first rewards as a producer thanks to a talented pack of comedians from Milan (such as Diego Abatantuono and Jerry Calà) and his partnering with Carlo Vanzina, once again in the comic vein, as well as another renowned team (the Dean Film production company run by Pio Angeletti and Adriano De Micheli), to make Time for Loving.
Bonivento’s greatest love, however, in the name of which he fought his most heartfelt battles, soon proved to be the film noir, or a wholly Italian conception of the genre, at least: part exposé, part call to arms. A few titles will suffice: I giorni del Commissario Ambrosio (directed by Sergio Corbucci), Forever Mary and Boys on the Outside (both by Marco Risi), A Simple Story (by Emidio Greco da Sciascia), Who Killed Pasolini? (by Marco Tullio Giordana), La scorta (by Ricky Tognazzi), and right up to his astonishing recent effort, Il permesso by Claudio Amendola (also its star), which premiered at Noir in Festival in 2017.
The films about sports he produced went in the same direction, from Appuntamento a Liverpool (another Giordana film) to Ultrà by Ricky Tognazzi, which won kudos at the Berlinale in 1991. His own credits as a director show the same civic zeal, starting with his debut film Altri uomini (1997) and on to L’attentatuni, Il Pirata: Marco Pantani, Vi perdono ma inginocchiatevi (all for the small screen), up to the recent A mano disarmata about journalist Federica Angeli’s clashes with the Ostia mafia, a true story that has dominated the headlines of late since the sentencing of the criminal "middle world" in Rome.
A figure like Claudio Bonivento simply can’t be pigeonholed. Strong as a bull, determined as a hunter, solitary as a moose, and generous as a wolf: say maverick, and it’s individuals like Bonivento who come to mind, rarities in our film industry today, yet unbowed as they stubbornly seek out a kind of cinema that tells stories, bears witness, performs daring feats, and exudes passion.
Condividi su 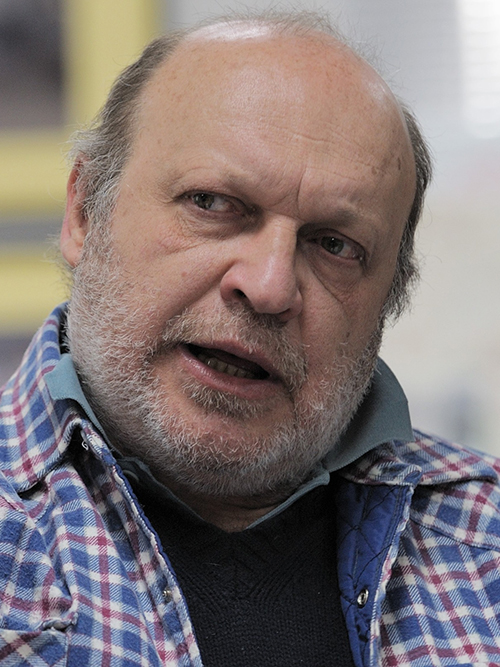