LA DANZA DEI VELENI
by Patrizia Rinaldi
The visually impaired police detective Blanca and her colleagues, inspector Martusciello, special agent Carità, Liguori and Micheli, find themselves trying to crack two apparently unrelated cases: the trafficking of illegal animal species from abroad and the death of a woman who died from the bite of a very rare and deadly spider. The first case will lead to the deaths of two veterinarians, while the second seems to be the work of a serial killer whose weapon of choice is spiders. The investigations get bogged down and it’s chaos at the police station, as all the players know just part of the picture and are not eager to share their part with the others.
Patrizia Rinaldi (Naples, 1960) has a degree in philosophy and a master’s in playwriting. In 2016, she won the Andersen Award for Best Writer. Her publications include: La compagnia dei soli, illustrated by Marco Paci, (Sinnos 2017), winner of the 2017 Andersen Award for Best Graphic Novel; Un grande spettacolo (Lapis 2017) and Federico il pazzo, winner of the 2015 Leggimi Forte Award and shortlisted for the 2015 Andersen Award (Sinnos 2014); as well as Mare giallo (Sinnos 2012), Rock sentimentale (El 2011), and Piano Forte (Sinnos 2009). Her novels Tre, numero imperfetto; Blanca; Rosso caldo; Ma già prima di giugno (2015 Alghero Award); and La figlia maschio (2017) were published by Edizioni E/O.
Condividi su 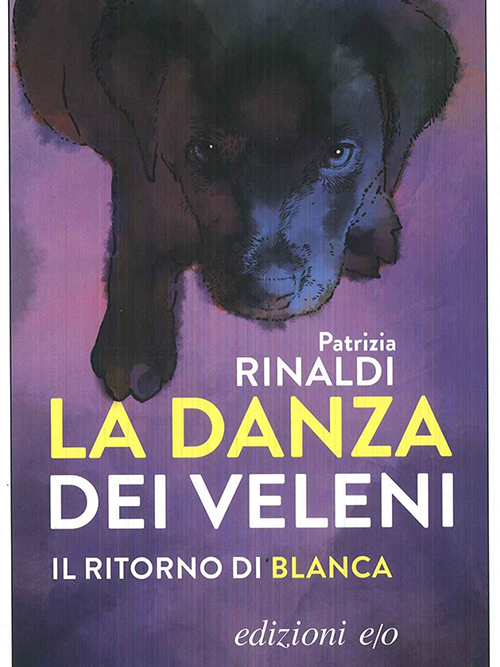