There’s a future for the noir genre and it speaks Italian
The success of the Caligari Award for the best Italian noir films of the year; the A-list of Italy’s literary lights who write noir novels and thrillers (such as Carofiglio, De Giovanni, Purgatori, De Cataldo, and Carrisi, plus rising stars like Piergiorgio Pulixi, winner of the 2019 Scerbanenco Award; and the ongoing reinvention of a tradition that looks to the Milanese author Giorgio Scerbanenco for its inspiration: all proof that this year’s Noir in Festival spoke Italian and showcased an Italian school of noir for which the sky is definitely the limit.
It’s a quintessentially hybrid genre, fantastical yet realistic, thrilling yet rational; the noir that monopolized festivalgoers’ attention in Milan and Como this year speaks the same language as the great postmodern novels. As the winner of the Raymond Chandler Award attests: Jonathan Lethem, preeminent crafter of contemporary American fiction.
"This year, more than ever before," declare Marina Fabbri and Giorgio Gosetti, "the festival showed off its two faces, the printed page and the image captured on film, and it’s marvelous that the bond between them has relaunched Italy’s claim to the genre at the international level. The popularity of the event with young audiences from IULM; the long lines of readers and fans at the Feltrinelli bookshop; and the production end relaunched in Como, thanks to a collaboration with AGICI that brought over forty projects for films and TV series in the noir vein - all these elements map out a new direction for a historical festival such as ours, which has reinvented itself, just as the noir genre has in recent years."
The success of our 2019 edition is borne out by the numbers: over 9,000 in attendance at the venues in Milan (Villa Olmo) and Milan (Feltrinelli Piazza Duomo and IULM); 4,000 programs handed out; 20,000 single users and 110,000 views on the festival website; 61% of the festivalgoers between the ages of 18 and 34; 2,298 sign-ups on the website for the Scerbanenco Award; over 1,500 photos taken; 15 videos made; over 9,000 likes on Facebook, with 191,890 impressions, and 7,014 active users on the page; 1.141 followers and 24,600 views on Twitter; 787 followers on Instagram, with 1.823 likes and a total of 27,676 accounts reached.
At this point, just a reminder to get out your 2020 calendars and circle the dates for the thirtieth edition of Noir in Festival, from Friday, December 4, to Thursday, December 10: an unforgettable week-long anniversary, and not only for connoisseurs of the genre.
Condividi su 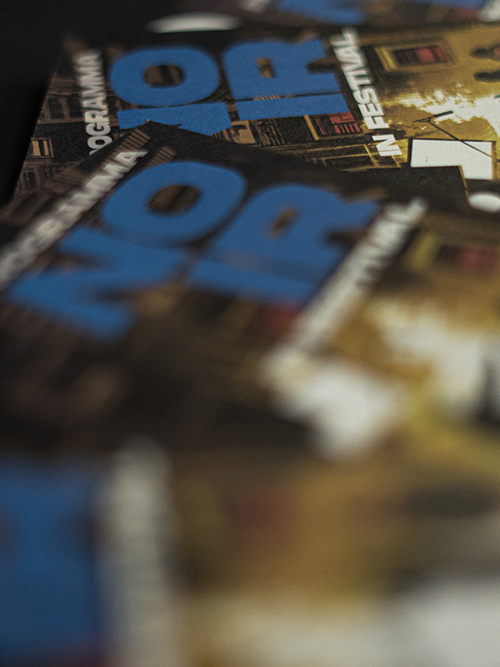