Andrea Purgatori: espionage and intelligence today
by Carmen Diotaiuti, Cinecittà News
The Italian screenwriter and investigative journalist Andrea Purgatori presented his novel Quattro piccole ostriche, a spy story that, three decades after the fall of the Berlin Wall, catapults readers on to the streets of Berlin in 1989. At the same time, it also evokes the New Cold War, with a German intelligence service never put out to pasture. "As a spy story, it’s unique," the author say of his novel. "You think you are dealing with the past, but you find yourself in the present, since the past is never past." In this tale, emotions undo the best-laid plans, however sophisticated they are, and women come out as the strongest characters. "And that’s because," Purgatori goes on, "even in the male-dominated intelligence world, women have to prove themselves even more than men do, so these women are tough."
In terms of the current international scenario, the journalist stresses the fact that "behind both the fall of the Eurosceptic Austrian government and our own Russiagate, there seem to be the German secret services, who have wound up as the watchdog of Europe. Put it this way: spying in Berlin never went out of style; it’s just that it serves Europe now, and it is committed, for its own survival, to watch out for other nations like Russia and their hidden agendas. Intelligence today is essential for maintaining a political balance between countries, and we see this happening practically daily."
Quattro piccole ostriche is set in Berlin, which, as Purgatori remarks, "has always been the ideal place for showcasing human intelligence, the kind that has proved to be the real powerhouse after 9/11, and not the digital intelligence that Americans are so fanatical about, yet has been shown to be a genuine disaster."
The novel required serious research, in the archives and in the field: "It’s important to go see the locations. It becomes a way to be the reader’s guide and show them the scene you imagined - not all that different from screenwriting. Observation of reality online is no substitute for field research. I also liked doing research itself; having rubbed shoulders with spies of all kinds for forty years, I just put them all through the blender, as it were. I tried to bring a little luster back to the image of espionage, which - why I don’t know - has always been shown as a gloomy, foggy business, with spies working only at night, in the dark, in the fog, while I believe spies are men and women like everyone else. I tried to escape from this cliché."
This novel, Quattro piccole ostriche, would seem to be a perfect candidate for a screen adaptation, yet Purgatori chooses to stay mum on that. When asked if a suitable director might be, for example, Stefano Sollima, he replies, "I couldn’t say. On the one hand, he could be right - he’s filming in Berlin and knows the city well. On the other, as a director he’s much more focused on the action, not the complexity of the characters. In any case, the truth is it’s all up in the air. I’m still negotiating the option."
Condividi su 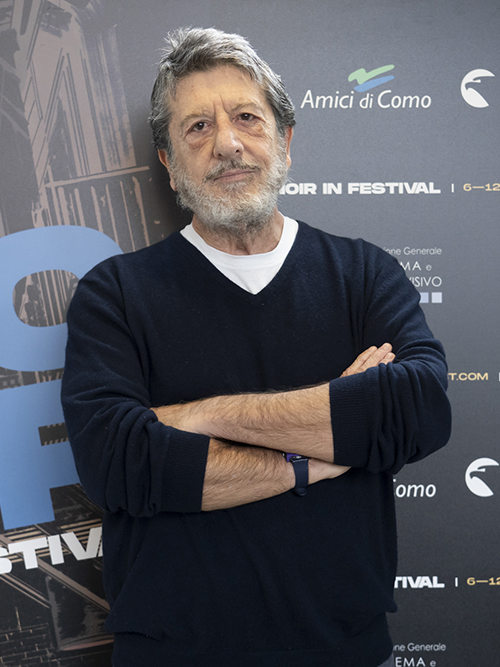