Turin, 1996. Luigi works at the post office, has a weakness for beautiful women and anything in the luxury bracket, and dreams of retiring early to live it up in Costa Rica. When this pipe dream comes to naught, Luigi discovers he’ll stop at nothing to get it back, even hold up the armored truck he drives every day: one look over his shoulder and he can turn his life around. There’s a fine line indeed, between the model employee and a criminal mind. He’ll just have to give up Anna, the sexy creature he met one wild night. This is the jackpot. Perfect scheme. No guns. No blood.
"I wanted to tell a true story, an Italian story, a crime movie with characters who were just ordinary joes. Two and a half years ago, I stayed up all night trying to come up with one. The next morning, my co-writer, Renato Sannio, mentioned a story he saw in the newspaper, which presented it in these words : «If they made it into a film, it would start like Big Deal on Madonna Street and end up like Tarantino’s Reservoir Dogs." [Vincenzo Alfieri, www.rollingstone.it, November 8, 2019]
Vincenzo Alfieri (Salerno, 1986) began acting in plays at the tender age of five, and turned that passion into a career. At sixteen, he moved to Rome to study acting. He got into screenwriting right away and also developed an interest in directing. After taking courses in Italy, he went on to study acting and directing in New York and Los Angeles. He also earned two college degrees, first in economics and then political science. Audiences took note of Alfieri in 2013, when he starred in the comedy Niente può fermarci by Luigi Cecinelli. He broke into directing with a web series, Forse sono io, of which he was also the star. He went on to direct commercials, music videos and short films, before making his feature directorial debut in 2017, with the film I peggiori.
2019 Gli uomini d’oro
2017 I peggiori
2016 Il lato oscuro [short]
2015 Agent Never [short]
2014 Memories [short]
2012 La rabbia giovane [short] 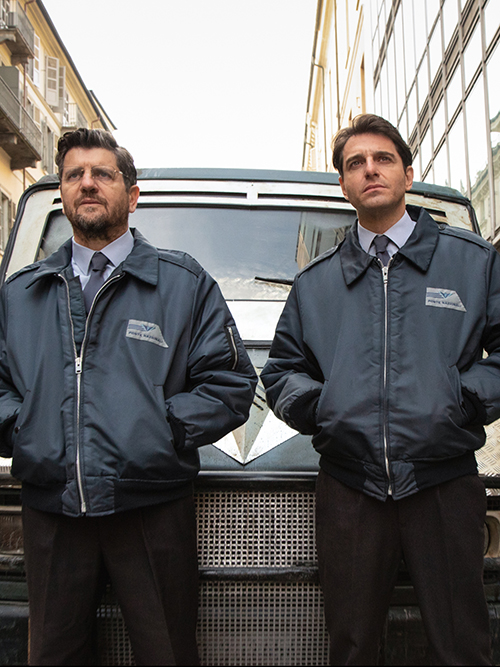