Special event: IL TRADITORE - THE TRAITOR
by Marco Bellocchio
Italy, France, Germany, Brazil, 2019, 148’, color, DCP
screenplay
Marco Bellocchio
Ludovica Rampoldi
Valia Santella
Francesco Piccolo
in collaboration with
Francesco La Licata
cinematography
Vladan Radovic
editing
Francesca Calvelli
music
Nicola Piovani suono
Gaetano Carito
Adriano Di Lorenzo
production design
Andrea Castorina costumi
Daria Calvelli
cast
Pierfrancesco Favino [Tommaso Buscetta]
Maria Fernanda Cândido [Cristina]
Fabrizio Ferracane [Pippo Calò]
Luigi Lo Cascio [Totuccio Contorno]
Fausto Russo Alesi [Giovanni Falcone]
Nicola Calì [Totò Riina]
Giovanni Calcagno [Tano Badalamenti]
Bruno Cariello [Alfonso Giordano]
Alberto Storti [Franco Coppi]
Vincenzo Pirrotta [Luciano Liggio]
Goffredo Bruno [Stefano Bontate]
producer
Beppe Caschetto
productions
IBC Movie
Kavac Film
with Rai Cinema
co-productions
Ad Vitam Production
Match Factory Productions
Gullane
world sales
The Match Factory
In the early 1980’s, an all out war rages between Sicilian mafia bosses over the heroin trade. Tommaso Buscetta, a made man, flees to hide out in Brazil. Back home, scores are being settled and Buscetta watches from afar as his sons and brother are killed in Palermo, knowing he may be next. Arrested and extradited to Italy by the Brazilian police, Buscetta makes a decision that will change everything for the Mafia: He decides to meet with Judge Giovanni Falcone and betray the eternal vow he made to the Cosa Nostra.
"The Traitor is more the story of Tommaso Buscetta than of the Cosa Nostra. Tommaso Buscetta is fickle and constantly on the move, both in his life and in personal relationships. He’s out of the ordinary, intelligent, charming, effective and endowed with natural authority. A mafioso loyal to the Cosa Nostra, but also to his own personal principles, he’s not afraid of challenging authority.
From the end of the 1970s to the start of the 1980s, he faces the growing strength of the Corleonesi, headed by the uncompromising Totò Riina. This new small group has no mercy and flouts the basic principles of the Cosa Nostra: they kill women and children and eliminate whatever gets in their way. This group holds no place for Tommaso Buscetta. When in 1982 he moves to Rio de Janeiro with his beloved wife and children, he aims to end his involvement with the mafia. But there’s no such thing as leaving the mafia - the organization hunts him down.
However, the Brazilian police beat them to it and extradite him to Italy. Buscetta then proposes a deal to the Italian judiciary: he’ll cooperate and dismantle the mafia in exchange for his own protection and survival. He’s soon confronted with the imposing, inflexible and tenacious Judge Giovanni Falcone, and we’re plunged into the depths of the Sicilian organization: murders, shootouts and scams. All this provides the backdrop to Buscetta’s account, who turns out to be the Cosa Nostra’s biggest mystery: no one knows why he’s collaborating. He seems motivated by revenge and the desire to dismantle a mafia no longer in line with his values. Buscetta is a traitor for deserting to the enemy, but he doesn’t see himself that way. In the course of his confessions, he highlights the gulf that exists between ‘his’ mafia and that of the Corleonesi. He intends to do justice to the true Cosa Nostra in this way. He makes Totò Riina the ultimate traitor of the story.
Betrayal is a recurrent theme tirelessly explored in film, precisely because it makes us reflect on change. Can a man truly and profoundly change in the course of his life or is it just a pretense? Is change a way of healing, of repenting? Did Buscetta, who refused the label of 'informer' all his life, embark on this process of healing, of redemption, to become a new man? Or did he create his own justice?" [Marco Bellocchio]
Marco Bellocchio, after studying at the Dramatic Art Academy of Milan and the Experimental Cinema Centre, directs in 1965 his first feature film, remarked by the critics. Breaking with neo-realism, his politically-engaged works attack the Italian symbols of conformism; after his cult movie, Fists in the Pockets - manifesto of a youth in revolt - he denounces religion with In the Name of the Father (1971), and the army with Victory March (1976). Along with Michel Piccoli and Anouk Aimée, he wins at Cannes two Best Actor awards for A Leap in the Dark (1980). He then passes from films deemed "subversive", in the image of Devil in the Flesh which sparks a scandal in Cannes in 1986, to literary adaptations such as the Pirandello adaptation The Nanny (1990). Marco Bellocchio troubles anew the Vatican with My Mother's Smile, selected by Cannes in 2002. And he was the first to speak out about the assassination of Aldo Moro with Good Morning, Night, screened at the Mostra in 2004 and unanimously hailed by critics worldwide.
2019 Il traditore
2016 Fai bei sogni
2015 Sangue del mio sangue
2012 Bella Addormentata
2011 Sorelle Mai
2009 Vincere
2006 Sorelle
2005 Il regista di matrimoni
2004 Buongiorno, Notte
2002 Addio del passato
2002 L’ora di religione
1999 La balia
1996 Il principe di Homburg
1994 Il sogno della farfalla
1990 La condanna
1988 La visione del Sabba
1986 Diavolo in corpo
1984 Enrico IV
1982 Gli occhi, la bocca
1980 Salto nel vuoto
1980 Vacanze in Val Trebbia (doc)
1977 Il Gabbiano
1976 Marcia trionfale
1974 Nessuno o tutti [poi noto come Matti da slegare, realizzato con Silvano Agosti, Sandro Petraglia e Stefano Rulli]
1972 Sbatti il mostro in prima pagina
1971 Nel nome del padre
1969 Viva il primo maggio rosso
1969 Paola
1967 Discutiamo, discutiamo [episodio di Amore e rabbia]
1967 La Cina è vicina
1965 I pugni in tasca 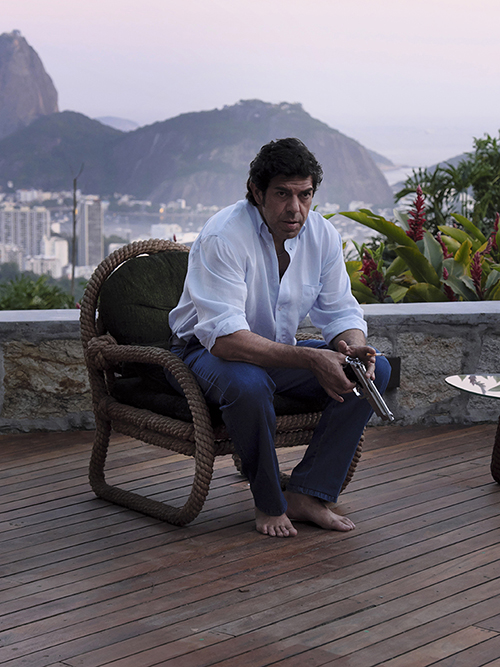