IL LADRO DI GIORNI
by Guido Lombardi
Italy, 2019, 105’, color, DCP
screenplay
Luca De Benedittis
Marco Gianfreda
Guido Lombardi
cinematography
Daria D’Antonio
editing
Marcello Saurino
music
Emiliano Corapi
sound
Daniele Maraniello
production design
Eugenia Fernanda Di Napoli
costumes
Nicoletta Taranta
cast
Riccardo Scamarcio [Vincenzo]
Massimo Popolizio [Totò]
Augusto Zazzaro [Salvo]
Giorgio Careccia [Vito]
Vanessa Scalera [Zia Anna]
Carlo Cerciello [Prof. Mangiafreda]
producers
Nicola Giuliano
Francesca Cima
Carlotta Calori
Gaetano Di Vaio
productions
Indigo Film
Bronx Film
Minerva Pictures
with Rai Cinema
co-producers
Santo Versace
Gianluca Curti
with the support of
MiBACT
Regione Puglia
Apulia Film Commission
Regione Campania
in collaboration with
Trentino Film Commission
with the support of
Regione Lazio fondo regionale  per il cinema e l’audiovisivo
world sales
True Colours
Eleven-year-old Salvo lives with his aunt and uncle in the alpine Trentino region. On the day of his First Communion, while he’s playing ball with his friends, a man suddenly appears on the edge of the field: his father Vincenzo. Salvo barely recognizes him, since he hasn’t seen him for seven years, since the Carabinieri had come to their house in Puglia and taken him away. Now Vincenzo’s done his time and says he’d like to spend a few days with his son. On the long drive south they make odd encounters and memories emerge, as Salvo gets to know his father better, but will have to reckon with his secrets and his past.
"Il ladro di giorni is the story of an encounter between a child just starting out in life and a man who comes back to life after years in prison. A child who has almost forgotten he has a father, and a father who hardly recognizes the child who is his son. Just as in every love story, they don’t trust one another at first. Choosing to trust each other is an act of courage, like diving off a cliff. It’s a courage that big-headed Vincenzo tries to teach his son, until he finds himself getting the lessons, himself being the child of the two. Il ladro di giorni is also a journey into Vincenzo’s criminal past, as he searches for the mysterious individual who had betrayed him years earlier and put all this distance between father and son. Vendetta is a powerful instinct: it clouds your judgment, sucks you back into time you’ve lost and love you’ve lost, and dims that hope that had just begun to shine again. Little Salvo wants to be loved by this father who is a stranger to him, so much that he too will walk the thin line between good and evil, between the good guys and the bad guys. Up to the moment that Vincenzo finally decides to be a man." [Guido Lombardi]
Guido Lombardi (Naples, 1975) is an Italian screenwriter, director and author. His first film, Là-bas - A Criminal Education, premiered at the 68th Venice Film Festival and won the Lion of the Future - Luigi De Laurentiis Award for a Debut Film and the Audience Award for Best Film on the International Film Critics’ Week lineup. In 2013 his second film, Take Five, was selected for the Rome Film Festival. In 2017 Lombardi directed the episode Nino e Yoyó for the anthology film Vieni a vivere a Napoli. He has also published three novels: Non mi avrete mai (2013), Teste matte (2015), and Il ladro di giorni (2019).
2019 Il ladro di giorni
2016 Vieni a vivere a Napoli!
[co-regia Edoardo De Angelis e Francesco Prisco]
2013 Take Five
2011 Là-bas - Educazione criminale
2010 Oggi sposi [doc, in Napoli 24]
2010 Vomero Travel [short] 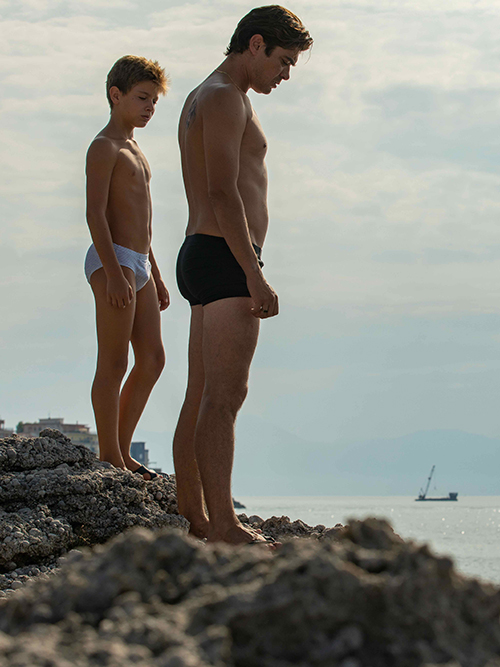