STHLM REQUIEM - STOCKHOLM REQUIEM
by Piodor Gustafsson, Martina Stöhr
Stockholm Requiem follows police recruit Fredrika Bergman who accepts a position with the special investigations unit of the Stockholm police. The unit is led by the legendary Inspector Alex Recht and his right-hand man, Peder Rydh, a gifted yet choleric careerist. Fredrika is a criminologist, not an actual police officer, and as a so-called "civilian" she is not exactly welcomed by the department. However, Fredrika’s intellect, different perspective and sense of logic often help the unit solve their cases and slowly, but surely, she becomes an accepted and well-liked member of the team. Stockholm is arguably a character in its own right in Stockholm Requiem. The new police headquarters, which are housed in Kulturhuset in Stockholm, act as the main hub for the show’s action. The rooftop offers a view over the entire city, a scenescape undergoing extensive changes as the old Stockholm gives way to the new. Crucially, the whole of Stockholm, not just the inner city, will be the focus of the series. Each of the show’s five films features a concluded case. However, a longer case runs throughout the entirety of the series, reaching its conclusion in the final film. A common thread runs through all of the unit’s cases. At its core, each presents a need for redress. For example, one character feels unjustly treated, another has been emotionally damaged by improper treatment. These people are victims of fate. Revenge is exacted and then order is ultimately restored. In an age of individualism, collective justice can seem impotent. It appears shadowed by the individual’s needs, interests and situation. But what happens when justice is reduced to nothing more than a single person’s perspective?
CINERAMA
Sweden, Belgium, 2018, 90’
A female student who’s been reported missing for three years is found buried in a construction site. It’s an old investigation and Alex becomes affected in his private as well in his job. Soon new finds come up at the site - here lies decennial old secrets.
directed by
Karin Fahlén
screenplay
Jörgen Hjerdt
Pauline Wolff
based on Bergman & Recht by Kristina Ohlsson
cast
Liv Mjönes [Fredrika Bergman]
Jonas Karlsson [Alex Recht]
Alexej Manvelov [Peder Rydh]
Magnus Roosmann [Torbjörn Ross]
Mikael Birkkjaer [Spencer Lagergren]
producers
Piodor Gustafsson
Martina Stöhr
co-producers
Jan De Clercq
Annemie Degryse
Tim Martens
Lisa Widén
productions
Black Spark Film & TV
Kärnfilm
in association with
Nice Drama
co-productions
TV4, C-More
Film Capital Stockholm
ZDF
ZDF Enterprises
Lunanime BVBA associated with Co Made
distribution
ZDF Enterprises 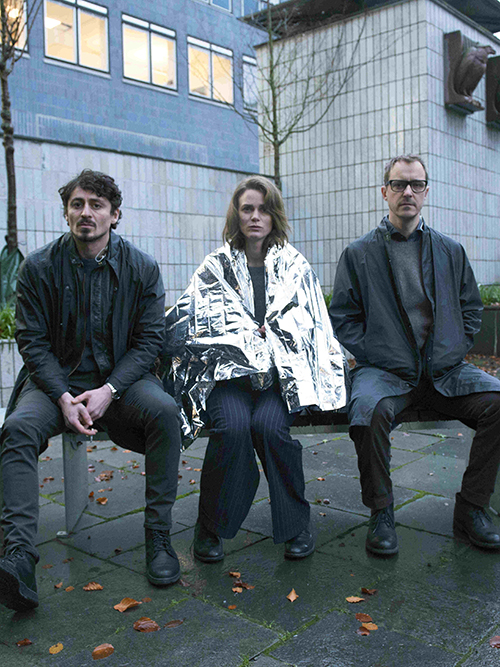