THE THIRD MAN
by Carol Reed
UK, 1949, 104’, W&B, Blu-ray Disc
screenplay
Graham Greene
cinematography
Robert Krasker
editing
Oswald Hafenrichter
music
Anton Karas
sound
John Cox
Jack Drake
production design
Vincent Korda
Joseph Bato
John Hawkesworth
cast
Joseph Cotten [Holly Martins]
Orson Welles [Harry Lime]
Alida Valli [Anna Schmidt]
Trevor Howard [Calloway]
Paul Hörbiger [Porter]
Siegfried Breuer [Popescu]
Bernard Lee [Paine]
Wilfrid Hyde-White [Crabbin]
producers
Carol Reed
Alexander Korda
David O. Selznick
productions
London Film Productions
British Lion Film Corporation
Holly Martins, a pulp Western writer, arrives in the Austrian capital expecting to take up a job with his old acquaintance, Harry Lime. When he is informed that Lime died a week previously in a car accident, Martins is intrigued by inconsistencies in the accounts of the death and decides that he can't leave the city without investigating matters further. As a consequence, he finds himself drawn into a web of intrigue and searching for the elusive third man who was at the scene of Lime’s death. When the head of the local military police, Major Calloway, informs him that Lime was involved in black market drug distribution, the plot thickens even further...
"I was having dinner one night with Orson. I’d just gotten the synopsis from Graham Greene, which I thought was all right, so I told Orson that there was a wonderful part in it for him. He asked to read it, but I said, 'Look, the script’s not ready yet, but I’m sure you’ll like it even though you don’t come on until halfway through.' 'I’d much rather come in two-thirds of the way through,' he replied. After a week, I got Greene’s treatment, which I accepted. By this time David Selznick wanted me to do Tess of the D’Urbervilles, which I wasn’t very keen on. He had a script, which we both thought was pretty bad, so I asked him to have work done to it and meanwhile let me go ahead with The Third Man, since it was something we could knock off quickly. I said I wanted Orson and Cotten, who I knew was under contract to Selznick, as was Valli. 'Cotten and Valli you can have,' he said, 'but you can't have Orson.' I asked why, knowing very well that Orson wasn’t under contract to him and that he preferred me to use someone who was. Besides that, I think Orson one day had made a pass at Jennifer or something. Selznick was very strong on Noël Coward’s playing Harry, but of course that would have been disastrous. It went on and on. When I started the film, Selznick was still going on about Noël. Alexander Korda, the producer, didn’t care, however, so in the end I got Orson." [Excerpts from the interview with Carol Reed in the book Encountering Directors by Charles Thomas Samuels, 1972]
After a rather lacklustre school career at King’s School, Canterbury, Carol Reed followed in his father’s footsteps and at age 18 began taking small acting roles. He broke into films as a dialogue coach for Associated Talking Pictures in 1932 and co-directed several films before releasing Midshipman Easy (1934), his first solo effort. When in 1938 the British government stipulated that film companies must fully fund the making of domestic motion pictures - rather than focusing on the distribution of foreign films - Reed was able to produce such noteworthy efforts as The Stars Look Down (1939), an internationally acclaimed film that depicted life in an English mining town, and Night Train to Munich (1940). During World War II, Reed directed documentaries for the British army’s film unit, including The True Glory (1945), which he co-directed with Garson Kanin under the supervision of General Dwight D. Eisenhower (later U.S. president). For this film, Reed won his first Oscar for "distinctive achievement in documentary production." The making of documentaries had an enormous influence on Reed’s filmmaking style. His postwar films are characterized by a documentary-style emotional detachment and a perfectionist’s eye for detail. Nowhere is this more evident than in three films made in successive years, beginning with Odd Man Out (1947). Reed began his collaboration with two important associates - writer Graham Greene and producer Alexander Korda - on his next film, The Fallen Idol (1948). The following year, the trio turned out what is arguably Reed’s greatest film, The Third Man (1949). The film won first prize at the Cannes Film Festival, and Reed was nominated for best director at the Academy Awards. Films such as the circus drama Trapeze (1956), the Graham Greene spy spoof Our Man in Havana (1960), and the epic story of Michelangelo The Agony and the Ecstasy (1965) were well-received, but many critics felt that Reed had long since passed his prime. He proved them wrong with a rousing screen adaptation of Lionel Bart’s stage musical Oliver! (1968), Reed’s only venture into the musical genre. The film won five Oscars, including best picture and best director, and was Reed’s final noteworthy film.
1972 Follow Me!
1970 Flap
1968 Oliver!
1965 The Agony and the Ecstasy
1963 The Running Man
1959 Our Man in Havana
1958 The Key
1956 Trapeze
1955 A Kid for Two Farthings
1953 The Man Between
1951 Outcast of the Islands
1949 The Third Man
1948 The Fallen Idol
1947 Odd Man Out
1944 The Way Ahead
1943 The New Lot
1942 We Serve [short]
1942 The Young Mr. Pitt
1941 A Letter from Home [short]
1941 Kipps
1940 Night Train to Munich
1940 Girl in the News
1940 The Stars Look Down
1939 A Girl Must Live
1938 Climbing High
1938 Penny Paradise
1938 Bank Holiday
1937 Who's Your Lady Friend?
1936 Talk of the Devil
1936 Laburnum Grove
1935 Midshipman Easy 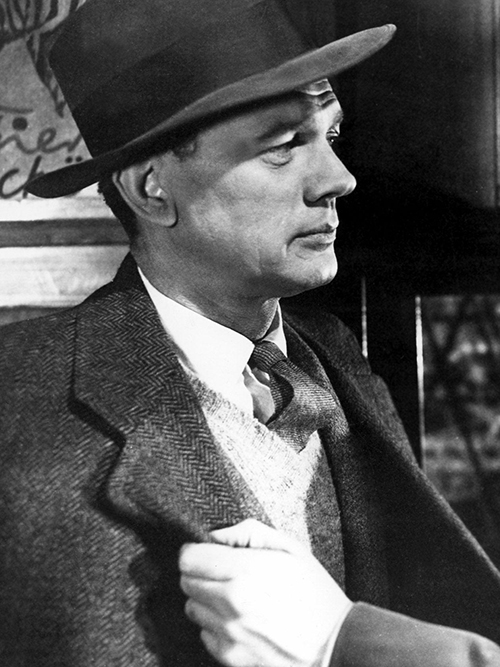