INTRIGO: DEATH OF AN AUTHOR
by Daniel Alfredson
Germany, Sweden, United States, 2018, 105’, color, Blu-ray Disc
screenplay
Daniel Alfredson
Birgitta Bongenhielm
based on Rein
by Hĺkan Nesser
cinematography
Pawel Edelman
editing
Hĺkan Karlsson
music
Anders Niska
Klas Wahl
sound
Ken Skoglund
Nenad Vukadinovic
production design
Miljen Kreka Kljakovic
costumes
Momirka Bailovic
cast
Ben Kingsley [Henderson]
Benno Fürmann [David]
Michael Byrne [Keller]
Tuva Novotny [Eva]
Veronica Ferres [Kerr]
Sandra Dickinson [Madame H]
Jason Riddington [Otto Gerlach]
Daniela Lavender [Mariam]
producers
Rick Dugdale
Thomas Peter Friedl
Uwe Schott
productions
Enderby Entertainment
The Amazing Film Company
Umedia
Seine Pictures
world sales
Miramax
A small open boat ploughs through a troubled sea off the Dutch coast. One solitary man at the rudder. A few days later, when the wind has settled, the smashed up remains of the boat will be found a few kilometres to the south. Meanwhile in Stockholm. David is contacted by his publisher. A manuscript by the famous author Germund Rein has turned up at the publishing house. David has translated the earlier works of Rein and is now given first option to tackle this one. However the manuscript has arrived in Sweden cloaked in strange circumstances. It has not been published in its country of origin. This is the original manuscript and it is accompanied by a letter which states that under no circumstances must the book be printed in its initial language. David also learns that the author Germund Rein has taken his own life by attaching a weight to his body and disappearing into the depths of the Atlantic. The letter must have been the last thing he wrote before he ended it all. The assignment takes David to Amsterdam. He finds parallels to his own life in Rein’s novel. To his vanished wife Eva, who according to the police most likely lost her life in Graues in the Austrian Alps some years earlier. But nothing is as it seems. The past will inevitably catch up. Guilt mixed with revenge. Germund Rein’s fiction becomes reality. Finally David is forced to confront the uncomfortable truth. Maybe he actually failed to finish off Eva that day in Graues after all?
"It’s been a dream for quite a while to do something based upon the writing of Swedish author Hĺkan Nesser. My co-writer, Ditta Bongenhielm, found these short stories and we got the blessing of Hĺkan to see what we could accomplish. At a very early stage I got the idea of doing a trilogy, or rather an anthology. To do three stories set in this same world created by Hĺkan Nesser. Not because they share the same main characters, because they don’t, but because they deal with the same issues and all three of them deal with time as an important part of the story. It became the Intrigo project.
Together with the producer, Rick Dugdale, we scouted Europe to find Maardam. And we did! Together with the DOP, Pawel Edelman, I believe we found the essence of what is between the lines in these short stories, the soul of Maardam where a fantastic cast made it complete. It was a tough journey in many ways but filming back to back also made it possible to engage the whole crew in the project in a way that probably wouldn’t have been possible otherwise. By doing this we managed to create the feeling I believe you get when you read Hĺkan’s novels. You step in to a well-known world, yet special and totally unique." [Daniel Alfredson]
Daniel Alfredson (Stockholm, 1959) is the director of the two parts of the Millennium Trilogy: The Girl Who Played with Fire and The Girl Who Kicked the Hornets’ Nest. Was awarded Best Screenplay and nominated for Best Director at the 29th Annual Guldbagge Awards for his film The Man on the Balcony. His most recent films include Kidnapping Freddy Heineken starring Anthony Hopkins and Sam Worthington and Go with Me starring Anthony Hopkins, Julia Stiles, Ray Liotta and Alexander Ludwig. Daniel is the older brother of Tomas Alfredson and the son of Hasse Alfredson.
2019 Intrigo: Dear Agnes
2019 Intrigo: Samara
2018 Intrigo: Death of an Author
2015 Go with Me
2015 Kidnapping Mr. Heineken
2013 Skumtimmen
[Echoes from the Dead]
2009 Luftslottet som sprängdes
[The Girl Who Kicked the Hornets’ Nest]
2009 Flickan som lekte med elden
[The Girl Who Played with Fire]
2008 Varg [Wolf]
2001 Syndare i sommarsol
2000 10:10 [short]
1999 Straydogs
1998 Rymd [short]
1997 Tic Tac
1993 Mannen pĺ balkongen
[The Man on the Balcony] 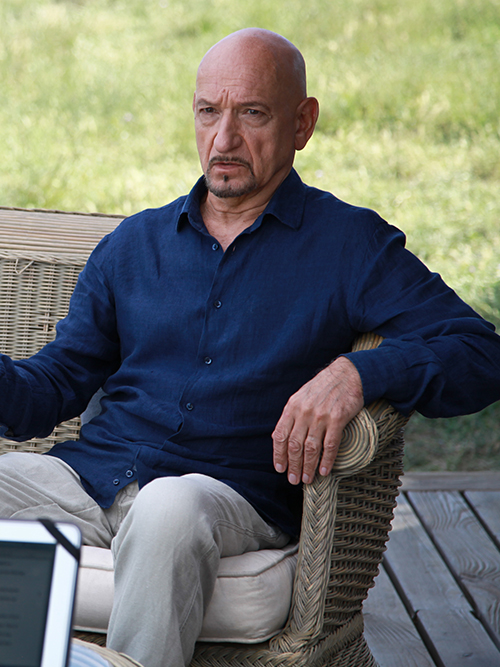