NOZZE PER I BASTARDI DI PIZZOFALCONE
by Maurizio De Giovanni
It was supposed to be the happiest day of her life. Now a naked young woman lay dead in a cave by one of the city’s lesser-known beaches, stabbed in the heart, her wedding dress floating nearby. In a freezing February that seems to chase any human feeling back into the inner recesses of the soul, never to see the light of day, Inspector Lojacono and his Bastards find themselves working a murder case that is apparently inexplicable. Or abundantly explicable? All involved have their own secrets and make sure they stay that way, while the Pizzofalcone police team goes all out to solve the murder; they owe it to the girl in the cave. Not only did someone rob her of her future; that someone did so on a special day, minutes before it became the happiest day of her life.
In 2007 Maurizio De Giovanni appeared on Italy’s literary scene after winning an award for a novel set in Naples in the 1930s, Il senso del dolore, featuring Inspector Luigi Alfredo Ricciardi, originally published by Fandango and the first in a series that since 2012 has been republished in its entirely by Einaudi. With the latest, Il pianto dell’alba, the popular series now numbers twelve novels, plus three short stories in the collection L’omicidio Carosino. Le prime indagini del commissario Ricciardi. In 2012, De Giovanni’s novel Il metodo del Coccodrillo earned him the Scerbanenco Award, and marked the first appearance of Inspector Lojacono, who would feature in another best-selling series set in Naples today, The Bastards of Pizzofalcone. This new series of currently eight novels, with Nozze, was turned into the Raiuno TV series starring Alessando Gassman and Carolina Crescentini and directed by Carlo Carlei and Alessandro D’Alatri. In 2014 De Giovanni contributed a story to the anthology Giochi criminali (including writers such as Giancarlo De Cataldo, Diego De Silva e Carlo Lucarelli). The story introduces the character Bianca Borgari, the Countess Palmieri di Roccaspina, whom the author would further develop in Anime di vetro. With his other most recent novels, Sara al tramonto and Le parole di Sara, De Giovanni treats his fans to yet another intriguing character, a retired policewoman with the gift of invisibility and a talent for stealing people’s secrets. 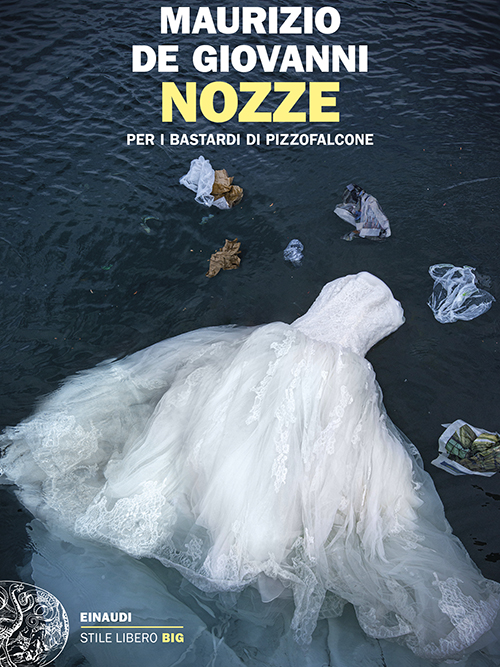