LA NOTTE ROSA
by Gino Vignali
Six wounded in a fistfight, four drunks fished out of the water, just three missing: for the Rimini police, the ‘Pink Night’ - the all-night summer street party that lasts days and draws thousands of people to Italy’s Riviera on the Adriatic, has been a resounding success, and could have been much worse. But the relief felt by Costanza Confalonieri Bonnet and her team is short-lived; shortly thereafter another person disappears: the glamorous emcee for the closing event, Giulia Ginevra Mancini, Italy’s most famous fashion blogger, with a local celebrity and national hero for a boyfriend, Malcolm "the Eagle" Picinelli, MotoGP racer. To top it off, just outside of town a car riddled with bullets from an AK47 is found, complete with three corpses. Despite her dalliance with a fascinating fisherman/lawyer, deputy police chief Bonnet is unusually glum, while the investigation turns grim as the kidnappers start sending Giulia Ginevra home…one piece at a time.
The name of Gino Vignali (Milan) is inextricably linked to that of Michele Mozzati. They’ve been partnering up since college, going by the moniker Gino & Michele. Present at the founding of the Italian cabaret phenomenon Zelig, they helped it evolve and created the TV program of the same name. Their stage credits date back to Comedians and Eldorado (1985-1986), which they co-wrote with Gabriele Salvatores for the Teatro dell’Elfo. From 1986 to the late ‘90s, the duo worked their magic for Paolo Rossi’s stage hits. They did the same for Aldo, Giovanni & Giacomo from 1995 to 1999, writing their theatrical sketches. The two-man team has published several books. On the film front, they penned the dialogues in Kamikazen - Ultima notte a Milano by Salvatores (1988) and Volere volare by Maurizio Nichetti and Guido Manuli (1991). Vignali made his debut as a noir novelist in 2018, with Chiave di tutto (Solferino, 2018), the first installment of a quartet set in Rimini, each in one of the four seasons of the year and all featuring Costanza Confalonieri Bonnet, the well-born deputy police chief with a suite at the Grand Hotel. 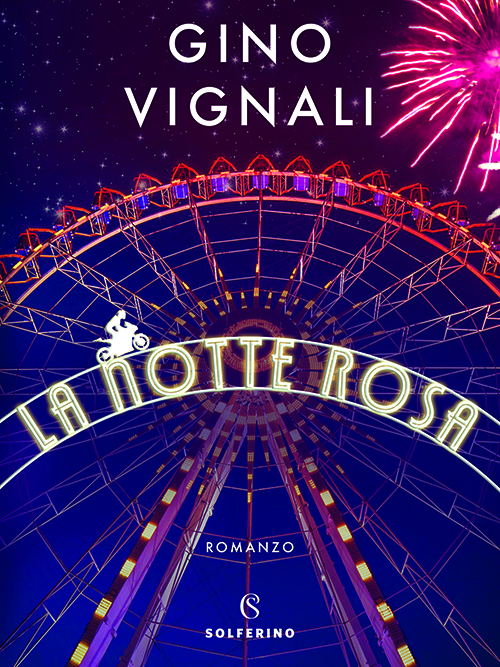