INTRIGO. DEAR AGNES
by Hĺkan Nesser
Things couldn’t be much worse for Agnes: her husband Erich has died and she risks losing the home they had always shared. Retreating from others as she mourns, Agnes receives a letter out of the blue, a warm note from Henny, a childhood friend with whom she had broken all ties twenty years earlier. Prompted by nostalgia and sheer curiosity, Agnes enters into what seems, at first, to be an innocent correspondence between old acquaintances. That all changes when Henny reveals to Agnes her intention to murder her philandering husband and start a new life. To pull it off without attracting suspicion, though, Henny needs Agnes’ help, and she won’t take no for an answer. Overwhelmed by the reappearance of a past that seemed dead and buried, Agnes feels she has no choice. But what’s the price tag on a human life? How can a woman like her even think of killing someone? Is it really just about money, or is there more behind this?
Hĺkan Nesser (Kumla, Sweden, 1950) was a high school teacher of literature until he became a full-time writer. In 1993 he debuted with the first novel in a series featuring police inspector Van Veeteren: The Mind’s Eye, set in the fictional city of Maardam, in an unnamed northern European country. That series concluded in 2003 with the novel The G File, and earned Nesser numerous awards, such as the European Crime Fiction Star Award (Ripper Award) and the Glass Key Award. 2006 marked the launch of a second hit series, with the novel The Darkest Day, featuring the Swedish inspector of Italian descent, Gunnar Barbarotti. The five books in this series (the last of which, The Butcheress from Little Burma, came out in 2012), are all set in the imaginary village of Kymlinge in Sweden. Dubbed "the Swedish Camilleri" or alternatively "the darling of Maigret fans", Nesser has much in common with other Scandinavian writers, from the atmosphere, the slow pace of the stories, and the claustrophobic interiors, to characters who seem to be impassive yet are really highly emotional. Nesser’s novels have been translated into over twenty-five languages and have sold over thirteen million copies the world over. Some of them have been turned into TV series or films, as is the case for three of the five stories and novels grouped under the title Intrigo (Death of an Author, Dear Agnes, and Samaria), all directed by Daniel Alfredson in 2018 and 2019 and premiering at Noir in Festival 2019. 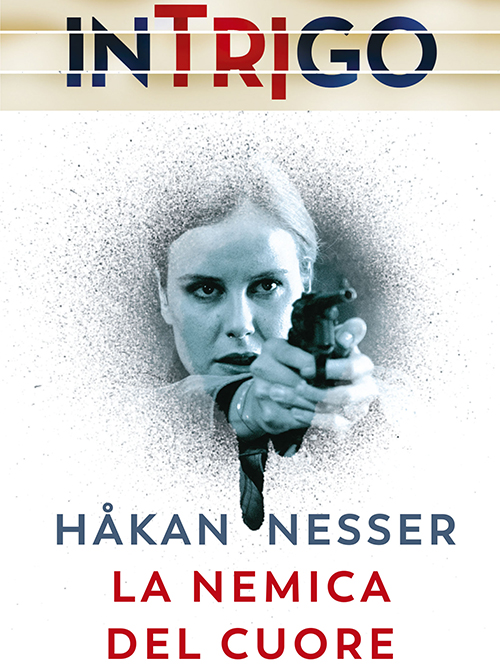