CANTO DI D’ARCO
by Antonio Moresco
"My name is D’Arco and I’m a dead cop. For three years I’ve been assigned to police headquarters in the city of the dead. Three years - put it that way: just to give you an idea, since here there are no years. I was killed one night during an investigation in the city of the living, and I may tell you about that. Because I’m a detective. Or, should I say, I was, when I did all those things detectives do: gather evidence, search for the truth, track down killers and turn them over to the justice system. Now I’m not up to doing the same stuff. I have no time to waste on that now. I’ll be telling you about that too." So begins the new metaphysical thriller by Antonio Moresco. D’Arco - the only character in the author’s universe to possess a name - is hired to solve a mystery that is bedeviling the vast city of the dead: the children - all the children there - all started singing in chorus, in the middle of the night. Why are they doing that? Who or what is driving them to sing? The cop will seek out the answers to these questions in a journey out to find the truth, riddled with obstacles and odd characters on the sidelines.
Antonio Moresco (Mantua, 1947) describes his life as follows: "My childhood, adolescence and young adulthood were all troubled by a difficult family situation, a serious learning disorder and a fraught relationship with my schools; throw in the three years I spent in a seminary and ten years militating on the revolutionary front. My career as a writer was marked by a long development underground, given that publishers would reject my manuscripts. I finally made my debut at age forty-five with a novel I wrote at thirty, called Clandestinità. Since then, going from publisher to publisher, the big houses and the small, I’ve managed to publish over thirty novels, including Giochi dell’eternità, a book written over thirty-five years, with three parts (Gli esordi, Canti del caos, and Gli increati), Lettere a nessuno, La lucina [published in English as Distant Light], Gli incendiati, I randagi, and L’adorazione e la lotta. I’ve also written plays (La santa, Merda e luce), three children’s books (Le favole della Maria, Piccola fiaba un po’ da ridere e un po’ da piangere, and Fiaba Bianca, illustrated by Nina Bunjevac), and several on my experience crossing borders on group walks (Repubblica nomade, among them). SEM has published Fiabe da Antonio Moresco (illustrated by Nicola Samori) and Il grido, and is planning to re-release many of my earlier books, starting with Lo sbrego and Fiaba d’amore del vecchio pazzo e della meravigliosa ragazza morta, as well as new works." 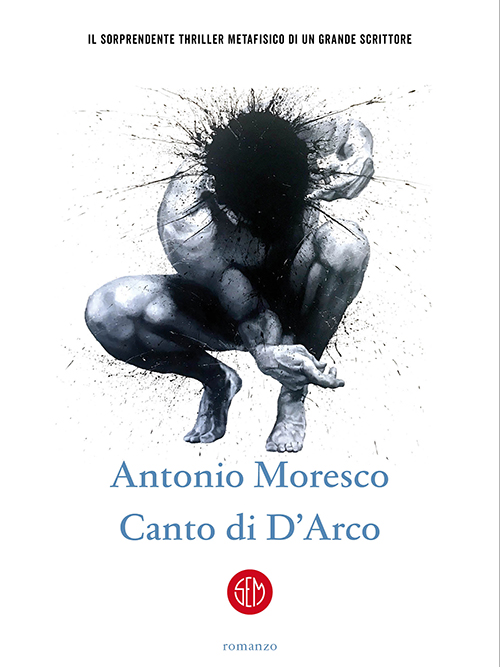