LA CASA DELLE VOCI
by Donato Carrisi
Pietro Gerber is no ordinary psychologist. He specializes in hypnosis, and all his patients have one thing in common: they are children, often witnesses to or victims of terrible crimes, and they harbor key information, buried in their fragile memories, which the police need for their investigations. Pietro is as good as they get in Florence in this field, and is known as the ‘sandman’. So when he receives a phone call from the other side of the globe, from an Australian colleague recommending a patient, Pietro is perplexed, and the alarm bells go off in his head. Because Hanna Hall is a grown-up. She’s plagued by a vivid memory of a murder, but is it a case of a false memory? To figure out if that fragment of a memory corresponds to the truth or is just an illusion, she desperately needs Pietro Gerber. Hanna is an adult now, but what she remembers happened to her as a child. And Pietro will have to help her in coaxing out the child she once was, who still lives inside her: a child with many names, sheltered from any contact with strangers, who lived happily with her family in a magical place called "the house of voices". At age ten, that child witnessed a murder. Or did she? Perhaps she committed it herself.
After Donato Carrisi (Martina Franca, 1973) graduated with a law degree - writing his thesis on Luigi Chiatti, known as the “monster of Foligno" - he went on to study criminology and behavioral sciences. In 1999 he started writing scripts for film and television, including the script for Nassiryia - Per non dimenticare (Canale 5) and treatment and script for the thriller miniseries Era mio fratello (Raiuno). Carrisi also wrote and hosted the Saturday night prime-time program "Il sesto senso" on Raitre. He is also a contributor to the Corriere della Sera. In 2009 Longanesi published Carrisi’s first novel, The Whisperer, which won the Bancarella Prize. This would be followed by the 2011 Il tribunale delle anime, shortlisted for the Giorgio Scerbanenco Award. In 2012 Carrisi’s fame as a writer spread when his novel La donna dei fiori di carta earned him international recognition. In 2013 his novel L’ipotesi del male won the Giorgio Scerbanenco Award. Carrisi made his directorial debut last year with the screen adaptation of his novel The Girl in the Fog, which earned him a David di Donatello for best debut film. Also in 2017, he published his penultimate novel L’uomo del labirinto [the upcoming The Man of the Labyrinth], which was turned into the 2019 film Into the Labyrinth, Carrisi’s second directorial effort. In between the two films, in 2018, he published another novel, Il gioco del suggeritore. 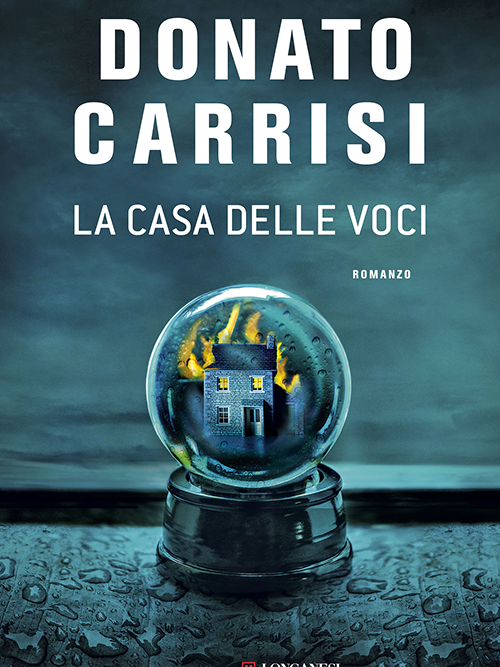