ARAÑA - SPIDER
by Andres Wood
Chile, Argentina, Brazil, 2019, 105’, color, DCP
screenplay
Guillermo Calderón
Andrés Wood
cinematography
Miguel I. Littin-Menz
editing
Andrea Chignoli
music
Antonio Pinto
sound
Vitor Moraes
Isaac Moreno
production design
Rodrigo Bazaes
cast
Mercedes Morán [Inés]
María Valverde [young Inés]
Marcelo Alonso [Gerardo]
Pedro Fontaine [young Gerardo]
Felipe Armas [Justo]
Gabriel Urzúa [young Justo]
Caio Blat [Antonio]
Jaime Vadell [Don Ricardo]
producer
Alejandra García
production
Wood Producciones
co-producers
Juan Pablo Gugliotta
Nathalia Videla Peńa
Paula Cosenza
Denise Gomes
co-productions
Magma Cine
Bossa Nova Films
with the support of
Ibermedia
Banco Estado
Ministerio de las Culturas, las Artes y el Patrimonio
Incaa
Ancine
in association with
Inversiones TV Medios
vendite internazionali
Film Factory Entertainment
Inés (22), Justo (28) and Gerardo (23), belong to a violent nationalist group that want to overthrow the Marxist government in the 70s. Amid the fervor of this conflict they find themselves wrapped up in a passionate love triangle and commit a political crime that separates them forever. Forty years later, Gerardo appears. He is inspired, not only by revenge, but also by an obsession to revive the nationalist cause. The police catch him with an arsenal of weapons. Inés, today an influential businesswoman, will do whatever it takes to stop Gerardo from revealing her and her husband Justo’s past. But how can they erase the pulse of a political and sexual passion that still resonates today?
"Our protagonists are visited by their past. The crimes and betrayal that formed their present. But also by the love they never again felt so intensely, or which perhaps transformed into something else. The scars left from our protagonists’ pain and joy are revealed in different layers throughout the film. It is a story of the passing of time. Physical and emotional. Intertwined. Painful and liberating. Gerardo hasn’t been able to come to terms with life after his younger years. He looks back to those times where everything seems happier and more intense. The present will never live up to the myth, because the myth no longer pertains to its era. On the other hand, Justo and Inés also have an idealized view of the past, but they are not prepared to admit it openly. This is their greatest difference. Does a nationalist group like Fatherland and Liberty have a place in today’s world? For Gerardo it does. After all these years he can finally be the hero they didn’t let him be in the ‘70s. The current political unrest and growing immigration are the fertilizer for this plantation". [Andrés Wood]
Andrés Wood is the director of Machuca (2004, Directors’ Fortnight), one of the most widely seen and awarded films in Chilean film history. His most successful feature films include La Fiebre del loco (2001, Official Selection Venice and Toronto Film Festivals), La buena vida (2008, Goya Award winner), and Violeta se fue para los cielos (2011, winner of the World Cinema Grand Jury Prize at Sundance in 2012). In parallel he has directed series for television.
2019 Arańa [Spider]
2011 Violeta se fue a los cielos [Violeta Parra Went to Heaven]
2008 La buena vida [The Good Life]
2004 Machuca
2001 La fiebre del loco [Loco Fever]
1999 El desquite [Revenge]
1997 Historias de fútbol [Football Stories]
1994 Reunión de familia [short] 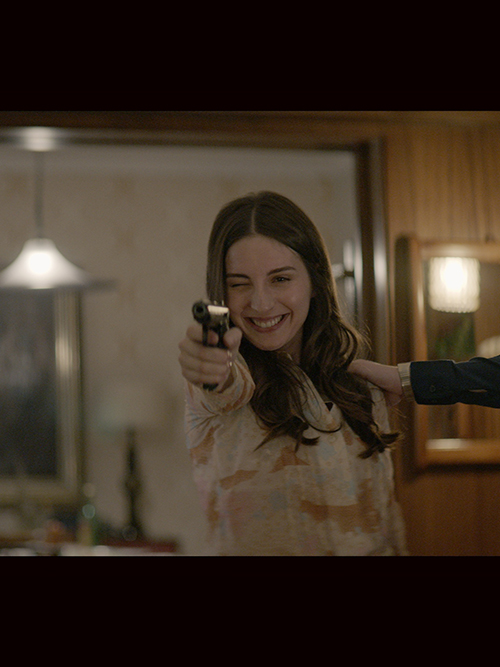