THE FERAL DETECTIVE
by Jonathan Lethem
When Phoebe Siegler meets Charles Heist, the Feral Detective, for the first time, it’s in a drab little office in the middle of a trailer park on the eastern edge of Los Angeles. Her idea is to hire him to look for Arabella, her friend’s daughter, who’s been missing for three months. The few clues she has lead to California, to some odd commune, and Leonard Cohen, whom the girl idolized. Heist is a loner and a man of few words, who keeps an opossum as a pet in his desk drawer ; the talkative, sarcastic and wildly outgoing Phoebe is sold on him right away. This unlikely duo sets out on a road trip out to question the survivalists who inhabit the Californian desert, and soon learn that Arabella is in trouble. Moreover, for reasons unknown, the only one who can save her is the Feral Detective. Phoebe’s desert mission was going to be bizarre from the start, but no one ever thought it would get this dangerous.
Son of a political activist and an American avant-garde painter, Jonathan Lethem (New York, 1964) was brought up in a commune in pre-gentrified Brooklyn, in a working-class, multi-racial neighborhood. He was raised on the hippy culture, Bob Dylan, protest marches, Hollywood classics and science fiction.
His interest in painting led him to enroll in a fine arts degree at college, but at the age of twenty, put off by the campus environment, he hitchhiked to California, where he began writing his first stories, working in a bookstore in order to get by.
When Lethem’s first novel, Gun With Occasional Music, a cross between a detective novel and science fiction, was published in 1994, critics and readers sat up and took notice (as did filmmaker Alan Pakula, who optioned the book to make a film). This debut novel earned Lethem the Nebula Award. The author continued to experiment with bending genres in Amnesia Moon (1995), a road novel set in a post-apocalyptic future, and As She Climbed Across the Table (1997), a surreal, satirical love story between a woman scientist and a bizarre being accidentally created in a laboratory. He also brought out a collection of his early short stories, The Wall of the Sky, the Wall of the Eye, in 1996.
After over ten years in California, Lethem ditched his West Coast life and moved back to Brooklyn. His 1998 novel Girl in Landscape, a sort of The Searchers set on Mars, was a tribute to John Ford movies and Philip K. Dick, an author whom Lethem has written about extensively.
While readers and critics had already decided Lethem was one of the writers to watch in contemporary American fiction, it was his 1999 urban noir Motherless Brooklyn, winner of the National Book Critics Award for Fiction, the Macallan Gold Dagger and the Salon Book Award, compounded by his vaguely autobiographical novel The Fortress of Solitude (2003), that would firmly establish Lethem’s reputation as an award-winning media darling and best-selling novelist. Both novels were set in the Brooklyn of his youth, the former recently turned into a film directed by and starring Edward Norton, while the latter is a coming-of-age tale about a friendship between two kids that spans three decades.
In 2005, Lethem won the prestigious MacArthur Fellowship. Dubbed the coolest author of the year by Rolling Stone, Lethem went on alternating major novels and short stories, and essays and comics, with interviews and articles printed in America’s premier magazines and newspapers. He is a contributor to the New Yorker, Harper’s, Rolling Stone, Esquire, and the New York Times, among others. His most recent novel, The Feral Detective, marks Lethem’s return to the crime genre.
NOVELS
The Feral Detective
HarperCollins, New York, 2018
A Gambler’s Anatomy
Doubleday, New York, 2016
Dissident Gardens
Doubleday, New York, 2013
Chronic City
Doubleday, New York, 2009
You Don’t Love Me Yet
Doubleday, New York, 2007
The Fortress of Solitude
Doubleday, New York, 2003
Motherless Brooklyn
Doubleday, New York, 1999
Girl in Landscape
Doubleday, New York, 1998
As She Climbed Across the Table
Doubleday, New York, 1997
Amnesia Moon
Harcourt Brace, New York, 1995
Gun, With Occasional Music
Harcourt Brace, New York, 1994
COLLECTIONS
Lucky Alan and Other Stories
Doubleday, New York, 2015
The Disappointment Artist
Doubleday, New York, 2005
Men and Cartoons
Doubleday, New York, 2004
Kafka Americana
con Carter Scholz
Subterranean Press, Burton, Michigan, 1999
The Wall of the Sky, The Wall of the Eye
Harcourt Brace, New York, 1996
OTHER BOOKS
The ecstasy of influence: nonfictions, etc.
New York, Doubleday, 2011
They Live
Softskull Press, New York, 2010
Patchwork Planet
BookCourt/Soft Skull Press, Brooklyn, New York, 2006
Omega: The Unknown Premiere
Marvel Comics, New York, 2008
How We Got Insipid
Subterranean Press, Burton, Michigan, 2006
This Shape We’re In
McSweeney’s Books, Brooklyn, New York, 2001 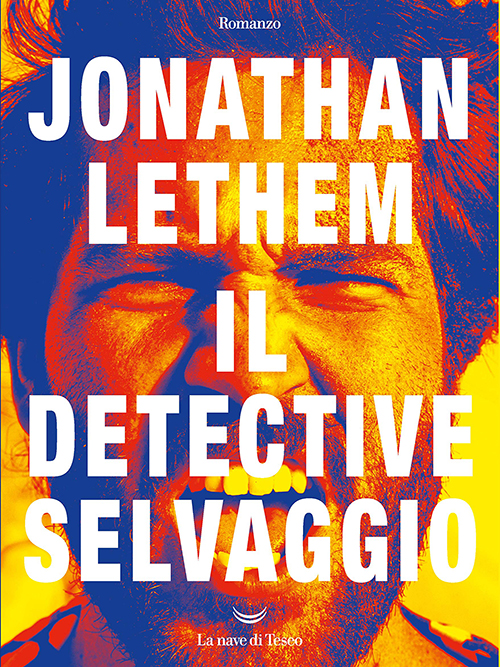